3 Mercedes-Benz Puts a Price Tag on the U.S.-Made EQS SUV in Its Home Country

4 Mercedes-Benz EQS SUV Due Next Month, Production Starting This Summer in Alabama

The Mercedes EQS SUV came with very high praise (mostly from Mercedes-Benz) and finally got some hands-on, real-life situation reviews. We came across two very popular YouTubers that took the EQS SUV for a spin in Colorado. Their opinions, while radically personal and different in certain respects, can give us an idea of what this new car is all about.

First, Thomas Majchrzak, host of the YouTube channel Autogefühl, put the EQS under regular-day-driver scrutiny, and the car left mixed impressions on him. On the one hand, the vehicle is spectacularly quiet – thanks to the excellent soundproofing from Mercedes-Benz. This feature is backed by the other video review from UK-based Rory Reid from AutoTrader, who also points out the sound craftmanship.

However, several details don't appeal to Thomas's German practicality, as seen in the first video. For example, the rear-wheel steering "scam," as he calls it - the vehicle has four-wheel-steering, but there's a marketing catch.

The standard option is a 4.5-degree turn for the back wheels, but a software upgrade (sold separately) tweaks that angle to 10 degrees. It may not seem like much, but it's enough to cut over three feet (one meter) of the turning circle. In the second video, you can see it in action as Rory looks at the "SUV" part of the EQS SUV nameplate and puts the car on rough forest trails.

At this moment, it would be fair to point out the off-road capability of the electric SUV. While not primarily aimed at rural or remote region use, the EQS can tackle some pretty bumpy rides, thanks to its air suspension, all-wheel-drive, and ride height adjustability (by as much as 1.25 inches - 30 mm).

The EQS has one rather questionable feature – no front trunk space. Yes, it is an electric vehicle, and the front motor doesn't take up as much space as a regular internal combustion engine. However, Mercedes engineers thought otherwise and decided their car would best use a gigantic HEPA filter under the hood (that filter can allegedly hold COVID at bay – according to AutoTrader's review).

Fortunately, the car is lavish in terms of storage space in the back – only if it comes in the five-seat variant. There is the option for seven seats (two extra for children in a relatively narrow category, as Thomas from Autogefühl stresses out), but that extra bench more than halves the trunk. Being German, Thomas brought a folding wood rule, and his measurements of the regular five-seater read a 40"x43"x30" luggage space (100cmx110cmx76cm).

But there is a downside, according to Thomas – the clean and nice looking (and feeling) interior lining is very prone to getting dirty. It would be a minor inconvenience if not for the hefty price tag between $105K and $133K (model dependent). Alas, the quality of the interior finish is premium, and both drivers acknowledge this trait.

However, that money gets much entertainment – up to six screens (including one tablet stowed in the rear seat center armrest). Three screens at the front (combined in the Hyperscreen), two mounted on the front seats' headrests, and the hidden tablet - that many visual surfaces can put a new meaning to "drive-in cinema."

The car has built-in driver-facing cameras that detect if the person behind the wheel moves his eyes from the road to the screen and emits an alert. And let's not forget, the center screen on the dash is optional - and by no means cheap - eight-and-a-half grand for the extra large screens instead of the regular frontal twin display.

At the opening of this article, we mentioned high-quality soundproofing – it is so good that the car can reverb some acoustic feel of driving with the help of the Sound Experience feature. In the words of Rory from AutoTrade, "sounds a bit like you're driving a spaceship." Thomas got the same comments about the ambient sound while stationary (check the first video at the 15:00 mark).

As if eerie sounds weren't enough, the EQS SUV smells. No, not in the new-car-smell sense, but it comes with a built-in car air freshener called Mood No 6 Mimosa. "Earthy with a hint of sensuality" is the Mercedes marketing way of saying their car has the scent of "wet dirt" (Rory's take on MB's drive-enhancing experience).

And we arrived at the core of what the car is about – driving. Very spacious and welcoming, the electric SUV is a luxury, not just price-wise. The two YouTubers hold the EQS SUV very high in terms of ride quality, safety features, and comfort. As one took it on a more outdoorsy path while the other kept on the beaten track, their positive reviews should give a good image of what the car is good for.

And it should be good for a lot, given its dual motors for the 4Matic options (a beneficial feature for the Autotrader review, during which the EQS SUV climbed on North America's Highest Auto Road, Mount Evans. 14,260 feet – 4,346,5 meters – is high enough to make ICEs cough, but electricity is impervious to gravity, oxygen saturation, and other Achilles' heels typically found in all fossil-fueled cars.)

Since this is an electric SUV, the range is one of the exciting aspects. The top offer comes from the base model (single motor, RWD), and it boasts 305 miles between charges (490 km), while the more potent examples will need a plug-in after some 285 miles (460 km). The YouTubers have achieved very different numbers but remember that the tests were quite the opposite in the driving department. We are citing the official Mercedes-Benz specifications on this matter.

However, there are several aspects where the design falls short of Thomas's standards. Although impressive, the Hyperscreen (the display triad at the front) alone is not worth the extra money to him. The steering wheel controls are touch-slide (no push buttons), which might not always be the ideal choice. Also, the sunroof control panel is touch-swipe or voice commanded (to which it doesn't always respond – see Thomas being politely declined as he asks for the roof to open and close. Tick the 9:30 mark in the first video).

The electric SUV Mercedes-Benz EQS had left a good impression on both YouTubers, despite its somewhat spicy six-digit price and certain non-critical issues. But, with fierce competition from the likes of BMW XM and Volvo EX90, not to mention the plethora of Chinese electric SUVs, the EQS SUV has a good fight waiting for it on the road. 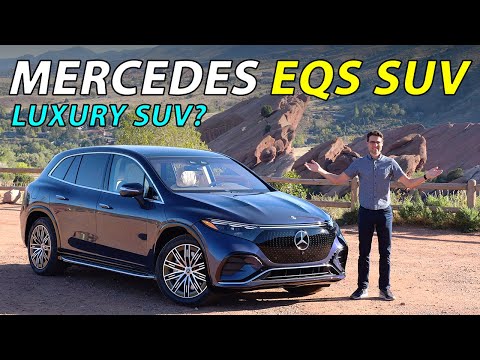 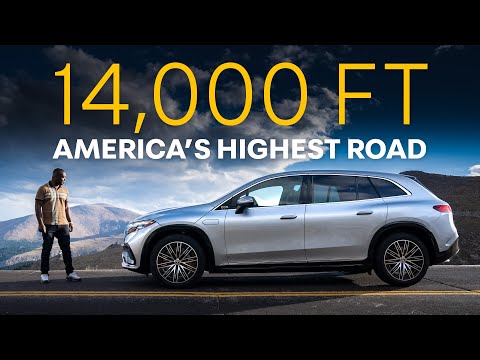 This Luxurious Morane Saulnier MS-760 Was Owned By the Shah of Iran, Could Now Be YoursSee all coverstories