1 The UNIMOG - From Agricultural Drop Top to Tuner Ride 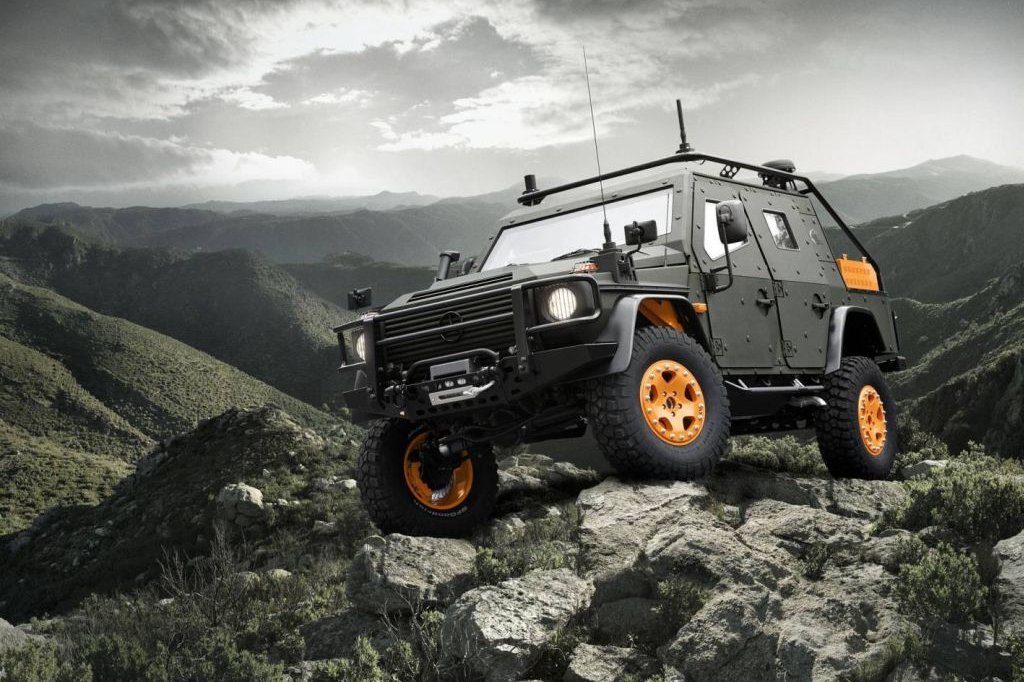 German manufacturer Mercedes- Benz, together with military technology supplier EADS, have recently unveiled the latest G-Wagon Light Armoured Patrol Vehicle (LAPV). Dubbed 6.X Concept, the vehicle is based on the previous LAPV 5.4, only that it comes with a minimized weight, higher protection and a greater payload capacity.

Powered by a high torque common rail diesel engine, the 6.X is capable of 150km/h speeds while being able to transport 1.3 tonnes of cargo with its impressive payload, Mercedes-Benz says.

The vehicle benefits from a modular armour plate system that allows damaged plates to be removed quickly and be replaced with new or extra plates, while also including a mine deflector plate. An individual tire inflation system has also been fitted, allowing tires to adjust according to ground conditions.

“The variable lift front and rear coil-over air shock absorbers which are adjustable while driving, help lift the LAPV 6.X to an unprecedented 450mm of ground clearance. Coupled with the performance hydraulic braking system and four ventilated disc brakes no up or down hill slope will pose a problem,” a company statement reads.

Newly added systems to the LAPV 6.X, which Mercedes-Benz calls the “ultimate ‘go anywhere’ vehicle,” include: