4 Never Mind the Cybertruck, Here Is a Pixelated G-Wagen From Lumma Design

5 Aston Martin Returns To Formula 1 After Six Decades With Mercedes-Benz Engines
Car video reviews:
Up Next

Mercedes-Benz didn't rush into the EV market and, even though that drew a few complaints at the time, it may turn out to be the right strategy in the long term.
The company must have learned from the seemingly rushed release of the EQC model, which wasn't received too well. A combination of poor specs and performance and a high price meant the electric SUV was never really an actual competitor on the market, but rather a place holder for the EVs that were to follow.

For some time now, we've known the model that was going to be the next in line: the EQS. As the name suggests, particularly the last of its three letters, the EQS is supposed to be the S-Class equivalent in the EV world. That's a pretty high ask, which means we should definitely expect something special from the battery-powered sedan when it debuts later this year.

Mercedes-Benz has kept the lid on, for the most part, so not that much is known. One thing the company stated pretty early on, probably in an effort to erase the memory of the EQC, was that the sedan would have a maximum range of over 435 miles (700 km). Now, it looks like that number has settled on 447 miles (720 km) measured using the WLTP.

A little earlier today, Mercedes-Benz released one more detail about its upcoming electric limousine: the MBUX Hyperscreen, as it calls it, though "Hyperscreens" would have been more accurate since there are actually three of them sitting underneath a big piece of glass. It's an impressive piece of technology that makes Tesla's decision to use a single display seem just... wrong.

But that's not what we're here to talk about. During the presentation, Mercedes obviously had to show the display. And since showing it switched off would have made for a pretty awkward presentation, it had to include some graphics.

On one of the three displays, the one sitting in front of the driver where the instrument cluster would normally be, we could see a few vehicle stats such as available range and available charge. The numbers for the former showed a maximum range of 300 miles (482 km) at a state of charge we estimate (based on the lines, since the number appears to be blurred on purpose) at 62.5%.

Put those together, add some math, and you get a maximum range on a fully charged battery of 480 miles (771 km). That's more than either the Tesla Model S or the Lucid Air. However, the vehicle seems to use an average as its base reference, and that number is significantly lower than the maximum value. Even so, repeating the calculations, we end up with over 435 miles (700 km) total range.

The only two important questions surrounding the EQS that still remain are these: how big is its battery going to be and, very much related to the first one, how much is it going to cost? Everything considered, we're probably looking at more than 150 kWh of battery capacity, and that's being conservative. We'd love it if Mercedes-Benz proved us wrong, but it's hard to imagine how.

As for the price, nobody expects an electric S-Class to go for peanuts, but if it's something ridiculously high, it would make all of its technological achievements seem a bit futile. What good is it if it's out of reach for 99.99 percent of the world's population, and we feel we're being generous with that percentage?

Mercedes-Benz can't afford to make compliance EVs for much longer. It needs to start taking things seriously, building vehicles in volumes, and the EQS just isn't going to be the car to do it. It'll definitely wow the world - hell, its dashboard alone did it - but it will also make any comparison with other EVs out there impossible. Mercedes will say that's a good thing, but we say it's not. 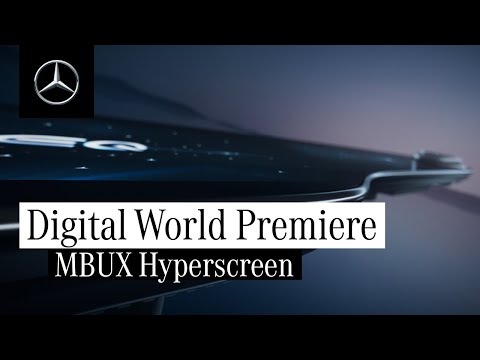