1 Enter the World of the New S Klasse

3 Mercedes Shows Off 2009 S-Klasse in Shanghai 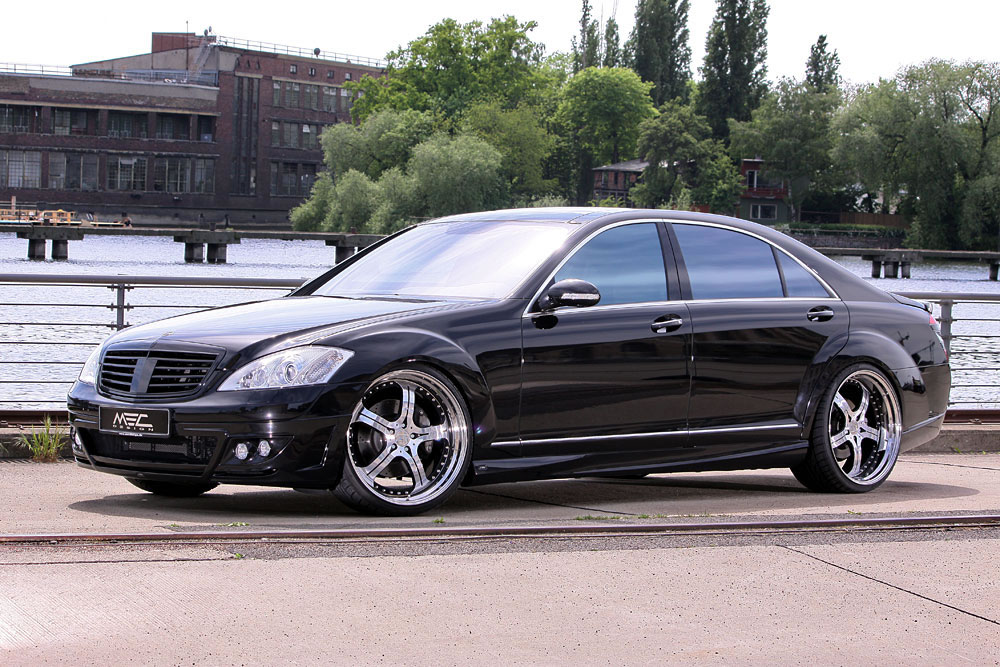 For those of you who think Mercedes-Benz S-Klasse isn't enough appealing, MEC Design debuted a new tuning kit that improves several areas of the car, including the exterior styling which will benefit from the addition of several elements.

The first thing you'll notice when looking at the car is surely the completely new front apron consisting of multiple elements, such as fog lights and a mesh insert. The back of the car was customized with a new rear diffuser and rear spoiler, both of them meant to improve both the aerodynamics and the appearance of the car.

According to emercedesbenz.com, the upgrade also includes a MEC Design Electronic Lowering Module that lowers the body between 40 and 70 millimeters, creating a more aggressive stance on the road. In addition, the tuning house also included new side skirts and MEC Design exhaust system with chrome tips. And that's not all. bi-colored MEC Xtreme III 22-inch wheels with stainless steel outer rim and forged center pieces are also part of the package.

Unfortunately, pricing details are yet to be unveiled but in case you'd want to buy one of these packages, be ready to spend a few grands.

Officially debuted at the 2005 Frankfurt Motor Show in Germany, the latest generation S-Klasse was supposed to represent an even more refined car with new handling and safety equipment as well as an interior that could rival that of a yacht. The German manufacturer included a wide array of features, such as a supplementary Brake Assist Plus system, improved Pre-Safe and ESP as well as NIght VIew Assist.