5 Mercedes-Benz CLA to be Gasoline-Only in the US
Car video reviews:
Up Next

When it was first unveiled at the 2013 edition of the Frankfurt Motor Show, the Mercedes-Benz GLA stole quite a lot of hearts from the bystanders and made a lot of pens and coffee cups fall from the hands of the competition.
1 photo
Sure, for some it may be just an A-Class blown slightly out of proportion to accommodate a more off-road look, but the fact is that it's a model which arrives in a segment that's not as rarefied as it was a few years ago.

The GLA has to battle established models such as the BMW X1, Audi Q3 and the Range Rover Evoque, so we're talking more about a beauty contest which the Mercedes-Benz might actually dominate if it wasn't for the meddling Brit.

Its looks aren't the GLA's only weapons though, as it also offers the best aerodynamics in its segment, while on the engine side it isn't sitting too shabby either.

Mercedes-Benz is about to unveil either a series or a longer short film involving their smallest SUV/crossover and today decided to give a sneak preview which is pretty much the definition of a teaser trailer. Featuring profesional kiteboarder Anne Valvatne, we think we can guess where the final version is going. 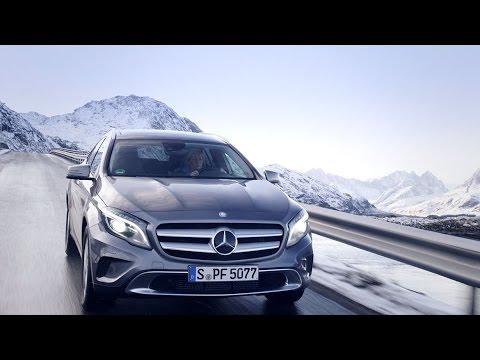