3 Volvo Electric Trucks No Longer Silent, Listen to What They Sound Like Now

We Really Should Be Building a Doomsday Vault on Another World

One of the biggest let-downs in emotional history is to be promised one thing, only to receive another. Depending on who you ask, this seems to be the case with Mercedes-Benz and their new GenH2 trucks.

Just last year, in 2020, Mercedes-Benz signaled that they are embarking upon a journey to yield the next generation of cargo-carrying trucks, the GenH2 truck. Just as the name would imply, this monster is a vehicle meant to operate on a fuel-cell setup and aims to have a range of up to 1,000 km (622 mi) while carrying a load up to 25 tons (50,000 lbs) in weight.

Drawing up on existing expertise regarding the development of liquid-hydrogen technology, the GenH2 is meant to be the world’s road-worthy and clean answer to cargo shipping. With a very clean and futuristic design, Mercedes-Benz seemed to have been promising much more than just zero emissions.

However, the vehicle we were shown, and the one currently being tested, look nothing alike. Sure, it's understandable to not be able to completely express a vehicle rendering into the real thing, but it really looks like Daimler is focusing on no aspects of the visual design that was presented, but rather, on just plain functionality.

A recent video posted by Mattia Lusci, lead designer for the GenH2 truck, takes us on a design journey where we are explained the visual aspects of the truck, but also led to understand some of the basis for its would-be design functionality.

In the video below, Mattia describes several of the external design elements that the GenH2 is meant to incorporate in its design. What we see is the same design that was also unveiled in Stuttgart back in September 2020; a clean and futuristic design with a look the likes of vehicles seen in movies.

At the front of the truck, the fuel-cell stands out in the open, while along the sides, the “exposed” hydrogen tanks offer a shape the likes of those that drivers are used to. A clean and simple cab with long and smooth lines seemed to eliminate many of the knick-knacks that adorn modern 18-wheeler cabs, holding steadfast to a vision of the future along the lines of what most people envisioned.

The truck's rear is just as clean and simple as the front, with the only functioning elements being the exhaust fins that produce nothing but water vapor and the fifth wheel plate. Other than that, everything lay hidden behind the clean and sharp panel-work.

Fast forward one year, to May 19, 2021, and Daimler Trucks has begun testing what we are told is the complete new vehicle and concept. But wait a minute, it looks nothing like what we were shown back in 2020. So, what gives?

Well, there are quite a few reasons this could be happening, so don’t lose hope just yet. One reason why we could be seeing nothing but old-fashioned body styles on the test track is because there simply is no need to test the efficiency or applicability of a fuel system with anything more than just a basic model of a vehicle, and since classic body styles are something Daimler Trucks already produces, it makes sense to just throw on any old model body.

Another theory is that those bodies will only be thrown onto the final, customer-ready vehicles. If that’s true, then there’s bound to be some future news of someone shaking hands in front of a final GenH2 truck, hopefully it looks like the one presented in Stuttgart.

Then again, not all is lost, after all, what I'm talking about here is nothing more than just a visual shell to what is very cool, clean, and eco-friendly tech. Heck, it’s not every day you see a truck with a GVWR of 40 tons (89,600 lbs) powered by nothing but hydrogen and some batteries.

I think folks won't mind what the future GenH2 trucks look like as long as they perform as well as everyone is hoping for. What about you, do you want the clean, smooth futuristic body style, or just a plain old cab with features as we’re used to seeing? 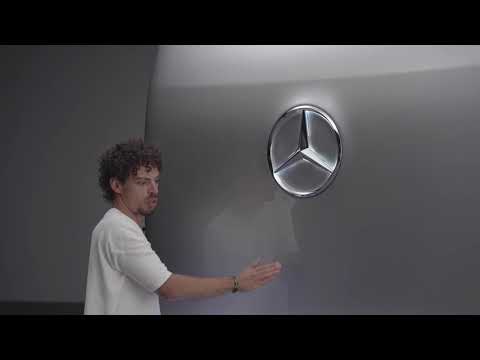