2 This Is Vladimir Putin’s Future Limousine

There is still some mystery surrounding the new 2017 Mercedes-Benz E-Class, and whether the long wheelbase version will be special enough to get the Maybach moniker is one of the unknowns.
1 photo
But regardless of the answer to that question, it will most certainly not have six doors. Come to think of it, very few cars do. Even the real stretch limos make do with less than that, as the seating arrangement makes that number of doors completely useless.

But apparently not everybody agrees with the two facing seat rows or the continuous couch most limo interior layouts tend to go for. If we were to guess what was behind those tinted windows, we’d say the interior of the car in the clip below looks more like one of a van, with three rows of seats each with its own pair of doors.

This clip is shot in Dubai and shows one of the local Mercedes-Benz W212 E-Class models turned into a long limo with extreme care. The window line seems to flow naturally despite the added door, and the crease linking the now three door-handles also doesn’t seem out of place in any way.

But that doesn’t mean the car itself looks natural. While the outgoing E-Class did have a long wheelbase version of its own that sold exclusively in China, it didn’t alter the number of its doors. This conversion right here is clearly done just for the sake of it, since the money and effort involved would have been better spent on a real stretch limo that offered all the comfort and facilities you would expect from such cars.

This is probably just a weird shuttle commissioned by somebody who wanted to have a special car but also needed to move around more than just three passengers with what they must believe is “more style.” While we appreciate the clean and careful execution, we find little else to congratulate the owner for. Watch the bizarrerie for yourself here: 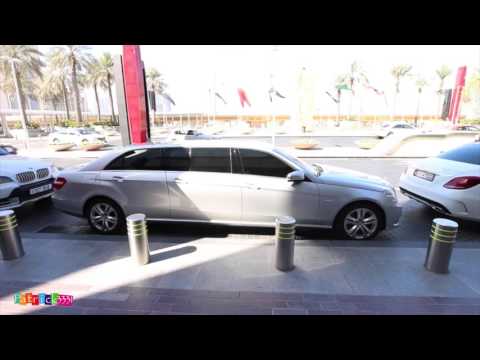