About two and a half months ago Mercedes-Benz announced that they will be the first car manufacturer in the world to offer the Car-to-X technology by the end of 2013. Essentially, we're talking about a social network for cars, in which Mercedes-Benz vehicles will be able to communicate between each other autonomously on the road.
31 photos

The main idea behind the project is that the information exchange between the cars and also with the transportation infrastructure will allow for driver warnings of certain dangerous situations that have arisen along their planned route.

Part of their “Intelligent Drive” strategy, Mercedes-Benz is all set to bringing the Car-to-X technology to the road in just a few months. The first step will be made while using the Drive Kit Plus, which, in combination with a smartphone and the Digital DriveStyle app will essentially turn almost any Mercedes-Benz into a simultaneous transmitter and receiver of information.

“Through the intelligent fusion of sensor data, we are able to obtain an extremely precise picture of the vehicles surrounding including areas further away from the vehicle – which also helps us with the further development of our autonomous driving functions.” said Prof. Dr. Thomas Weber, Member of the Board of Management of Daimler AG responsible for Group Research and Mercedes-Benz Cars Development.

If that doesn't sound like they're on their way in making Skynet self-aware, we don't know what is. Jokes aside, though, the best part about the Car-to-X technology is the fact that it's modular and scalable, making it possible to also retrofit older Mercedes-Benz models with it. To better understand what they're on about and what are the actual advantages of the tech, you may want to check out the following video – in which an army of Mercedes-Benz F125! Concepts is communicating with each other in an animation film. We like that car so much we even put some pictures of it in the adjacent gallery. 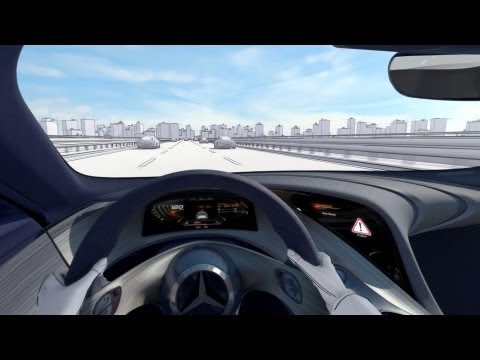