1 Hacker Finds Vulnerability Allowing Him to Lock Down Up to 25,000 Cars at Once

There are many ways to upgrade the infotainment capabilities of an old car, and while most people turn to head unit upgrades to get new-gen systems like Apple CarPlay and Android Auto, these bring absolutely no change to the information that you get on the instrument cluster.
34 photos

Needless to say, carmakers themselves don’t provide too many customization options for the displays incorporated in the instrument panel, pretty much because the focus here should be on the speedometer and the other data related to the vehicle health status.

The digital dash push has more or less changed this in the last few years, but as far as an older car is concerned, the options that are available for their owners are incredibly limited.

A reverse engineer, however, has found a way to break into the instrument cluster system available on the 2006 Mercedes-Benz C-Class W203, eventually being able to display custom text and messages, as well as music playback controls.

This isn’t something that everyone can do, there’s no doubt about it, but the developer has also published the full documentation on GitHub, so anyone with the right skills and an older C-Class W203 can technically do the same thing if they follow the provided instructions.

The hack is powered by an Android tablet connected to the Can bus in the car, something that also allowed the developer to customize additional features of the C-Class, including the lighting system.

At the end of the day, a lot of work has been put into this project, so it goes without saying it’s not something that any Average Joe can just run to get access to their car’s instrument cluster backend settings without knowing anything about coding or how the installed controllers work.

And while for some it might seem easier to just replace the screen in the car, this isn’t actually possible in the W203, and the developer himself explains that designing a new instrument panel is pretty much the only alternative to this reverse engineering project. 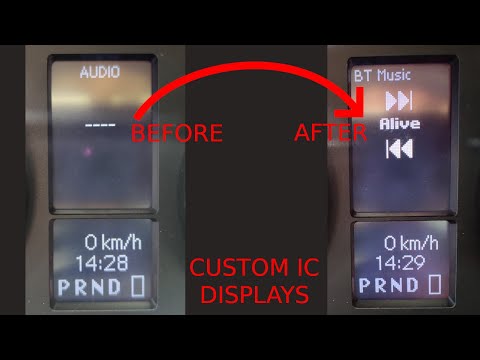 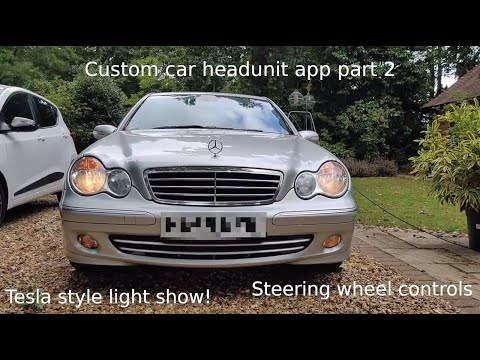