1 Exclusive: Mercedes-AMG Will Not Use 4Matic Anymore

Sebastian Toma
Mercedes-Benz’s all-wheel-drive system is called 4Matic. According to a recent and exclusive report, the 4Matic name might be changed, so we take the time to talk about it before they rename it for some of the models in their range.
12 photos

The initial designs for a four-wheel drive automobile created by a Daimler representative were made in 1903, by Paul Daimler.

The first all-wheel drive vehicle for everyday use came four years later, and it was called Daimler Dernberg-Wagen. The creation also had four-wheel steering, marking an important premiere in the automotive world.

Fast-forward a few decades, and Mercedes-Benz launched the first Unimog truck, a model which has evolved but remains as capable as it was in the beginning.

In the early 1970s, Mercedes-Benz starts developing the “Gelandewagen,” the grandfather of the current G-Class.

Seven years later, in 1979, the first Gelandewagen, or G-Model, leaves the production line in Graz, Austria. The company has not changed the Gelandewagen’s manufacturing facility location to this day.

The first official mention of 4Matic came at the 1985 Frankfurt Motor Show, when the German brand introduced an all-wheel-drive system with this name. At the time, Mercedes-Benz just presented the system and announced it would be used in passenger cars. Two years later, the W124 E-Class Mercedes-Benz was launched with the first 4Matic system. It featured an electronically lockable differential.

Mercedes-Benz’s first SUV, the M-Class, was launched ten years later. The M-Class, later named ML, was the first-ever premium SUV and came with a four-wheel electronic traction system, along with the 4Matic all-wheel drive technology. The 4-ETS system mentioned earlier arrived in the E-Class 4Matic models.

Mercedes-Benz kept enhancing and improving the 4Matic system, and they launched a new generation in 2008, which weighed less than 200 lbs (90 kilograms). The first model to feature it was the CL 550 Coupe.

Currently, Mercedes-Benz provides the 4Matic all-wheel drive system in nearly 50 models around the world, and they range from passenger cars to vans and SUVs. The automaker provides the system with gasoline, diesel, and even hybrid powertrains.

Daimler’s premium brand provides different setups of all-wheel drive for the vehicles it manufactures, depending on their purpose. Passenger cars meant for on-road driving only, like the C, E, S, CL, and CLS-Class, come with a performance-oriented all-wheel drive system.

The German automaker employs a compact 4Matic unit for these cars, which focuses on the rear wheels until they break traction and then increases torque deployment on the front axle.

Thanks to the low weight of the system, fuel economy is rarely affected because of the implementation of 4Matic in the models mentioned above, while passenger space is unchanged when compared to a rear-wheel drive version of these cars.

The 4Matic of the C, E, S, CL, CLS, and GLK models has a mechanical core that splits the torque at a ratio of 45% front and 55% rear. It works through a multi-plate lock in the center differential, which has a base locking force of 37 lb-ft (50 Nm).

Mercedes-Benz claims the system can deliver a load distribution of 30/70 in either direction, depending on ESP, 4ETS, and ASR electronic control systems and the challenges of the road surface. The electronic systems are adjusted to let the all-wheel drive do the corrections first, and then intervene to control the situation if required.

Meanwhile, Mercedes-Benz models with transversely mounted engines come with a different version of 4Matic. In cars like the A-Class, and other derivatives built on the MFA platform like the CLA, the system mostly operates with a front-wheel drive bias, and the rear wheels kick in when required.

The power transfer unit is integrated into the transmission and is then delivered to the rear axle only if necessary. Mercedes-Benz claims that up to 100% of drive power can be delivered to the rear wheels of this platform, but this could only happen if the front wheels continually slip. The automaker claims a response time of milliseconds for the 4Matic on these models, but the rear axle is deprived of torque when the ESP system intervenes. Transversely mounted engines and 4Matic will provide the occasional front-wheel drive car exactly when the ESP corrects the trajectory when detecting wheel slip.

While the GLK is an SUV, its all-wheel drive system is similar to that used by Mercedes-Benz saloons, coupes, and wagons. It does feature a dedicated set of electronics to support off-road driving,but the rest of the system works just like those of regular all-wheel drive passenger cars from the brand.

Meanwhile, the M-Class and GL-Class come with a different 4Matic system, which splits drive 50/50 front/rear. They also feature sturdier prop shafts, as well as a bevel gear set to absorb the rotational speed difference between the front and rear axles.

The two models use ABS wheel sensors to measure individual wheel speed, and then the ESP and 4ETS systems work with brief braking inputs (unperceived to the regular driver) that slow down slipping wheels. Mercedes-Benz has gone through four generations of 4Matic, and the automaker sold over two million 4Matic systems worldwide by February 2012.

As its exterior already shows onlookers, the G-Class is the toughest model sold by Mercedes-Benz’s passenger car department. The legend of the G-Class started in 1979, and the core concept of the model (and its shape, mind you) have remained unchanged.

At first, the Mercedes-Benz G-Class used an entirely mechanical four-wheel drive system. It was a selectable system and did not include any electronic intervention. These are named internally “Series 461.”

In 1990, 11 years after the launch of the first series of G-Class models, the German automaker introduced permanent 4x4 in this range as standard. Mercedes-Benz calls these models Series 463, and they have ABS, limited-slip differentials on the front and rear axles, and the center differential is 100% lockable at the desire of the user.

The electronic elements introduced on this model with the 2001 revision brought the G-Class closer to modern automobiles concerning safety and stability, but the off-road legend kept its credentials for when it leaves paved roads. 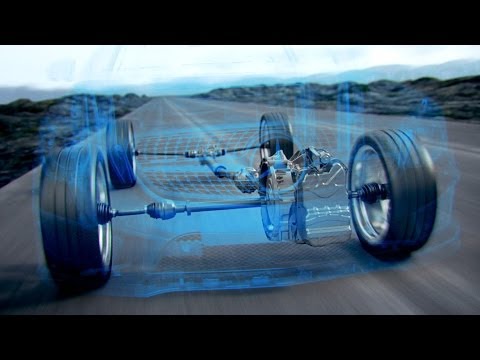