Megan Fox Gets a Parking Ticket in LA 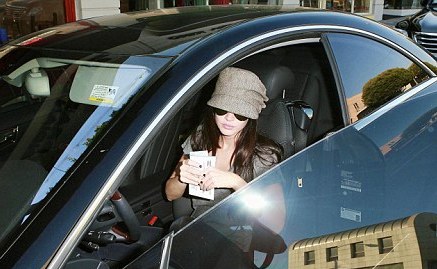 Even the sexiest women (well, at least according to FHM readers) doesn’t get away after parking in a restricted zone, as unbelievable as it may seem. That is what happened to Megan Fox these days after leaving her £40,000 Mercedes-Benz CLS55 in a no parking zone in L.A.

Fox spotted a parking attendant placing a fine on her car, and just like any other driver, the 23-year-old Hollywood actress tried to talk her way out of it, but failed. Could that have been because the parking attendant was in fact a woman? After all, a man could have hardly resist the beautiful (and not so smart) actress.

However, it’s not the fact that she got a parking ticket that shocks, but the pair of six-inch black and white PVC wedge heels that she was wearing, according to the Daily Mail. 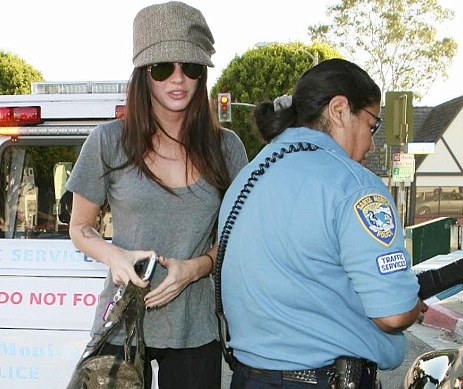 That was also one of the reasons that kept her from running towards the parking attendant before the fine was written.

When the incident happened, Megan Fox was in fact taking a break from promoting her new movie, Jennifer’s Body, which is also her first leading role. Don’t worry, her lack of talent was well hidden, as playing a possessed cheerleader who tries to kill all her schoolmates is not that demanding.

Still, we cannot help wondering how did she got the role for this movie since we all know how she auditioned for Transformers... For those who forgot that part, let us refresh your memory. The movie’s director Michael Bay called Fox to his house and tested her car washing skills. Not only did Fox washed Bay’s Ferrari, but the guy even filmed her at that time.