If Toyota and the rest of the automakers want to make fuel cell technology available to consumers as an alternative to classic electric cars, a team of students from the Netherlands wants to push the technology into racing territory.
1 photo
Developed at the Delft University of Technology since 2007, their project recently reached its sixth iteration, being recently tested at Valkenburg.

The Forze 6, as it’s known now, is a lightweight racecar deploying a similar system to what you get in a Toyota FCV or any other fuel cell vehicle, comprising two high-pressure hydrogen tanks (one on each side), the fuel cell itself, a battery and the electric motor powering the rear wheels in this case. 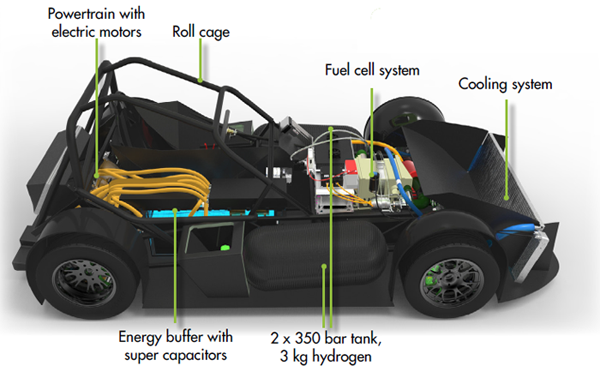 The fuel cell alone makes 135 hp (100 kW) but this can be boosted by the super capacitor which adds an extra 123 hp (90 kW). Cornering performance is assured by an independent suspension with push rods and carbon links, while all the power reaches the wheels through a set of planetary gears having a ratio of 1:3.66.

Prior to setting some records at Zandvoort racetrack in the country and on the famous Nordschleife later this year, the team went to test the Forze VI at the former Valkenburg airbase as you’ll see bellow.

The video isn’t showing the racecar at its full potential as the team was only testing it to see if everything works as it should before hitting the track. 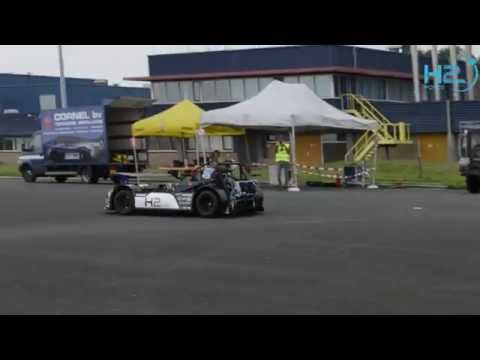