3 Grand Theft Auto Playing Seniors and their Reactions Are Epic

NASA Kicks Off CAPSTONE's Historic Journey to the Moon

It goes without saying that Grand Theft Auto 5 is an excellent game. However, besides top-shelf graphics and complex gameplay, GTA 5 impresses in terms of versatility.
1 photo
To support that statement, we'll remind you of how a fan created a virtual Fast and Furious 7 tribute for Paul Walker using the in-game movie maker feature. Also, die-hard fans came up with a set of mods that allow you to shoot cars with any gun.

Coming back to the main point of the article, we'll explore a more green aspect of Grand Theft Auto 5, namely what electric cars you can drive and upgrade in the game.

Since the all-electric / hybrid movements are spreading through the real automotive world like plague, it was only a matter of time until games adapted as well. Thanks to videogamer & YouTuber, Broughy1322, we can present you six different EVs available in GTA 5.

The rule is the same: the cars resemble their authentic versions, but also feature adapted styling and, of course, entirely different names.

So, those of you eager to keep the GTA 5 game world clean, here's your green weapons of choice and their real-life correspondents:

1. Airtug - this is a baggage tractor, like the ones you see in airports

3. Karin Dilettante - this is the good ol' Toyota Prius Hybrid

5. Khamelion - the exotic name says a lot, as you're looking at the Fisker Karma Sunset

6. Coil Voltic - last but not least, Elon Musk's Tesla Roadster, available with the rooftop on or off

At this point, we think any further ado would be useless so head to the video below, choose your favorite green car and go burn some rubber in the game. 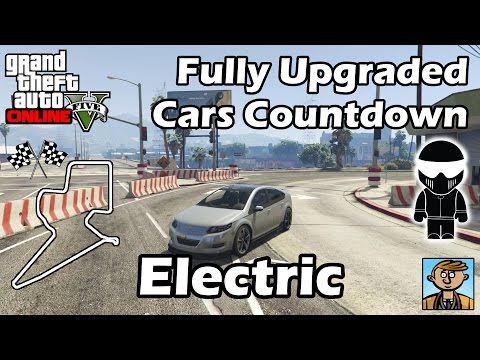