2 These Are the Safest Electric Vehicles That You Can Buy Now in the U.S.

4 Tesla Village Is Real and Exists in China, Shows Cars Can Transform Communities

As automakers are slowly aligning for the electric future, one engineer and former dot-com.-er from Florida has been saying he has them all beat for years. Bruce Dietzen and his Cannabis Car, a rebodied first-gen Mazda Miata, are here to advocate for industrially-grown hemp.

Meet the Cannabis Car, the Hemp-Built Renew Sports Car That Is Greener Than EVs

March is EV Month here on autoevolution, and we’re looking both in the past and towards the future in terms of progress with all-electric vehicles. As environmental issues worsen, EVs are being hailed as saviors for the automotive industry, because they don’t rely on fossil fuels and don’t contribute to pollution. But that’s not to say that they have no carbon footprint, and here is where the Cannabis Car comes in.[Update, March 8]:
Mr. Dietzen got back to us with an update on the Renew Sports Car. It is no longer in production, and only one unit besides Dietzen's was ever built. As the engineer puts it, he was "about seven years ahead of [his] time" with the car, so the focus is now on "bringing advanced versions of the hemp fabric to market for EV manufacturers to use to help them lighten their weight and carbon footprint." Not all is lost, but this effectively means that the Cannabis Car is officially a concept that never reached production.

The Cannabis Car, also known as the Hemp Car, is a world-famous vehicle that was introduced in 2017, when former Dell engineer turned inventor Bruce Dietzen finalized the prototype. No word on how long he might have worked on it, but photos show a considerably younger Dietzen standing by what would become, in his own words, the first carbon-negative automotive in the world. It’s safe to say progress was neither fast nor cheap: Dietzen once said the prototype cost him $200,000 in actual expenses and $200,000 more in lost revenue.

The Cannabis Car, which is essentially a rebodied early-gen Mazda Miata, does not stand out for being all-electric, though you can get it with an electric drivetrain. Officially titled Renew Sports Car, it’s offered in three configurations, depending on your needs: the Canna 225 (225 hp, and a claimed power-to-weight ratio comparable to a Porsche 911 Cabriolet), the Canna 525 (525 hp, only for experienced racers), and the Canna EV (which “can be configured as anything from a conservative 80 hp commuter to a blistering dragster”).

Regardless of which of the three you choose, you still get a car that claims to be three times greener than any EV out there. The explanation is two-fold: for one, even the non-electric variants run on bio-fuels derived from agricultural waste, and secondly, they all come with a hemp-based body. That’s why it’s called the Cannabis Car in the first place.

Made from 65% woven hemp (several layers of them) and 35% bio-epoxy, which hardens and offers rigidity, the Renew Sports Car is lighter and more durable than anything on the market right now, Dietzen says. Unlike vehicles built from fiberglass, carbon fiber or aluminum, the Renew has a negative carbon footprint, because industrially-grown hemp doesn’t create more pollution when it’s processed. On the contrary, carbon dioxide absorbed by the plant remains locked inside – a process known as carbon sequestration.

Whereas the manufacture process for an average vehicle has a 10-ton carbon footprint, producing a Renew with hemp-based Carbon Negative Fiber (CNF) has a negative carbon footprint because of carbon sequestration. This doesn’t include the production of the donor vehicle.

The Cannabis Car was featured extensively in the media upon completion, if only because of the material its body was made of, including on Jay Leno’s Garage. It was also the subject of a documentary series that saw Dietzen drive it across the country to attend meetings with farmers and discuss the benefits of hemp and bio-fuels, and seek potential investors.

Renew Sports Cars aims to bring the Renew Ultra-Low Carbon Footprint (ULCF) Sports Car into production by 2025, and the latest update on the official website mentions plans to build and deliver only a “handful” of such custom vehicles in 2020. We reached out to Dietzen for clarification on the actual numbers of units sold, as well as estimates for future production, and will update this story when we hear back.

That said, the Cannabis Car is still very much around, still being shown at trade events and keeping the hemp conversation alive. For instance, in March 2021, it went on display at the NoCo Hemp Expo in Denver, Colorado. By the looks of it, customers can still order it: though initially introduced with an MRSP of $40,000, the Renew Sports Car now starts at $100,000.

It’s an expensive car, for sure, but it’s one that aims to show that more can be done with EVs than what Elon Musk’s Tesla is doing right now, as Dietzen himself says. He calls Musk and Henry Ford his personal idols, and he believes the solution to save our planet is by combining the ideas of both pioneers: an electric or bio-fuel car that’s made of plants. Or, as Ford said, to “grow automobiles from the soil*” (*without getting high). 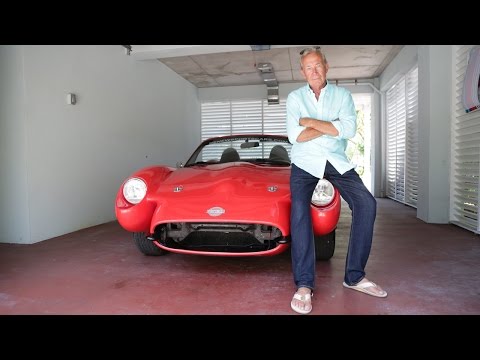 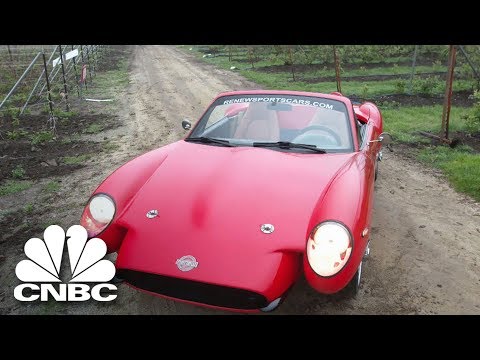 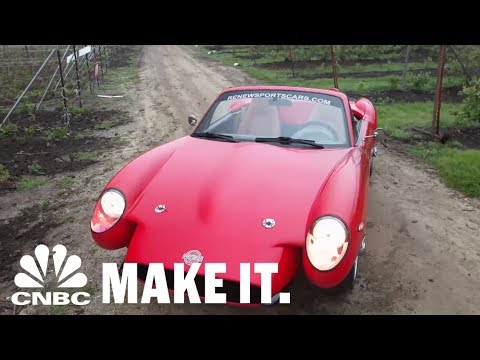 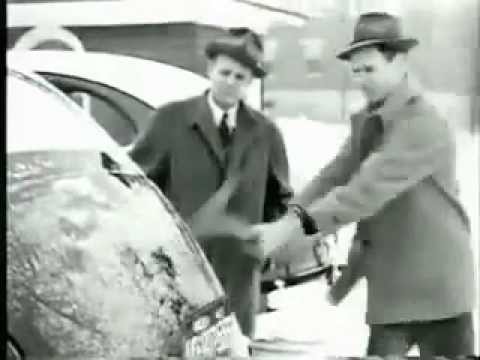 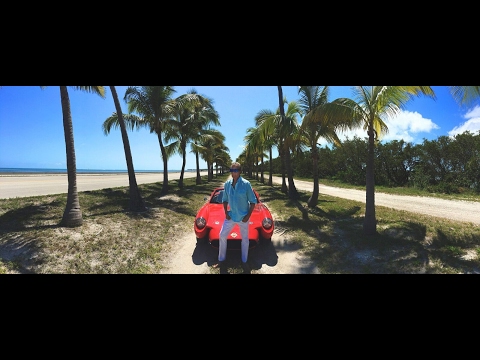