There are three ways of taking this robot that can build up to 150 houses per year. If you’re a businessman working in construction, then you’ll see it as your future investment. If you’re a worker, you’ll have it as bad news employment wise. Then, there’s always the approach of the admirer of new technologies.
1 photo
We’re most likely those who appreciate new technologies, especially when that involves heavy machinery that will shape the future. And Hadrian will definitely develop tomorrow considering we’re looking at a highly-efficient home builder. The name may be inspired by the famous Roman defensive wall of antiquity, but its features have nothing to do with the past.

Powered by electricity, this beast is capable of laying 1,000 bricks per hour, day and night, with a potential of erecting 150 homes per year. According to Perth Now, it works by creating a 3D computer-aided design (CAD) laying program of a house or structure. Then it calculates the location of every brick and creates a program that is used to cut and lay the bricks in sequence from a single, fixed location.

There’s a 28-meter articulated telescopic “hand” that puts each brick in the pre-calculated place within a 0.55 mm accuracy over a large area. Before that, of course, mortar or adhesive is delivered to the robotic laying head and applied to the brick.

“People have been laying bricks for about 6,000 years, and ever since the industrial revolution, they have tried to automate the bricklaying process,” the robot’s inventor Mark Pivac told the source.

The machine will start working its way in Western Australia first, and then the entire country. There are still some years before it will be available on a global scale. We still can’t but wonder what will happen with all the jobs in the construction industry when the time comes. 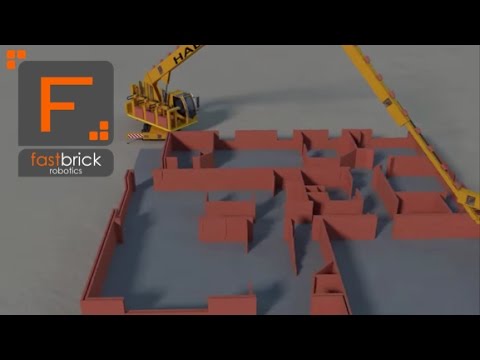