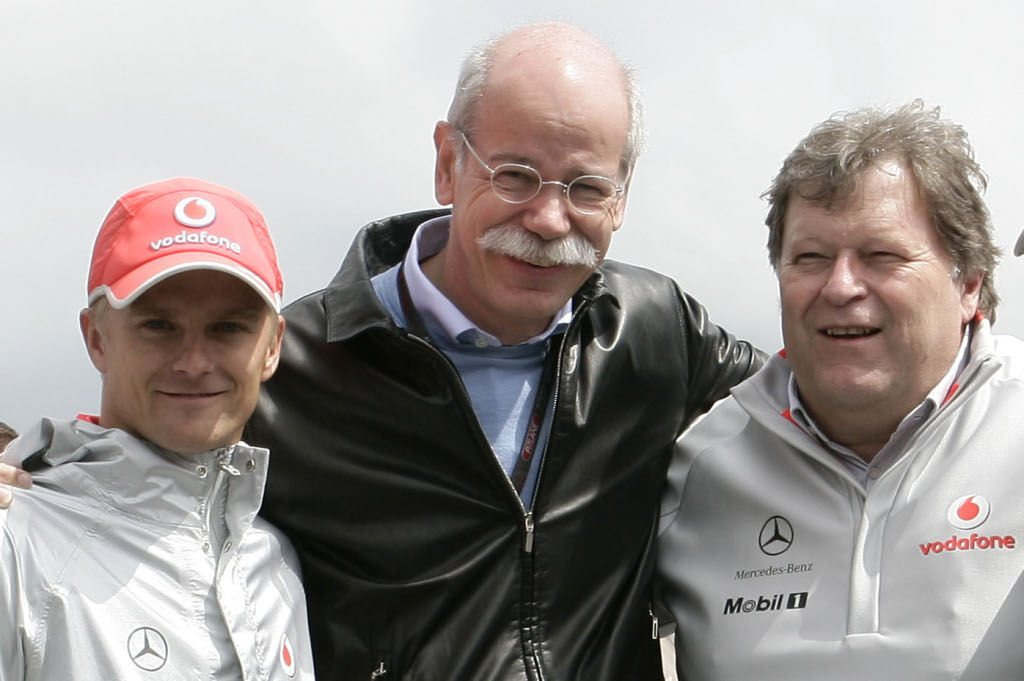 After it was suggested by the German media that McLaren-Mercedes' option of extending Heikki Kovalainen's deal expired at the end of July, the Woking based team issued an official point of view regarding the matter. Team principal Martin Whitmarsh dismissed all rumors regarding a potential signing of German driver Nico Rosberg to take Kova's place, but insisted the Finn needs to up his game if he wants to drive a silver-arrowed car next year.

“I can confirm that contrary to some of the speculation we are not in discussions with any drivers outside this team at the moment,” said Whitmarsh in a teleconference prior to the European Grand Prix at Valencia.

While Lewis Hamilton scored McLaren's first win this season, at the Hungaroring, Kovalainen only made the scoreboard 3 times, while also recording no less than 5 DNFs. With the McLaren MP4-24 clearly a stronger car as compared to the start of the season – one of the strongest in the F1 field, actually – the Finn needs to make something happen in the upcoming 7 rounds.

“By his own evaluation he hasn't raced as well as he would have liked, and we would have liked him to, this year. I was just talking to him on the subject about three minutes before I came to this call, as he's in the factory at the moment.”

“He's working hard. But it's true to say we haven't confirmed our driver lineup for next year. A lot of us want to see Heikki get some good results this year and that will ensure that he will remain with us,” added the British boss.

The driver most linked with a move to Woking is Nico Rosberg who, apart from proving himself a great racing talent, is also German. Having a fellow countryman drive for Mercedes would certainly be a big plus – in terms of marketing – for the Stuttgart-based marque in 2010, although one could argue that his signing might cause a bit of a stir within the McLaren lineup (although friends off the track, Rosberg and Hamilton both have the same goal, and it's not playing second field to another driver).