1 This Ferrari F430 Is a Toyota MR2 Coupe in Disguise, but It Didn’t Fool the Police

2 This Bugatti Is Both Fully Electric and Insanely Cheap, So There Must Be a Catch

3 Remembering the Ice G-Wagon, the Coolest G-Class Tribute That Ever Was

5 Vin Diesel Lookalike Is Living the Fast Life, Which Includes Dom Toretto’s Dodge Charger
Up Next

Elena Gorgan
Everybody loves an underdog story, and seemingly even more so when it’s an unlikely success story made possible through years of grit and determination, hard work, and extreme skill. Such was the story of the man who built a very convincing replica of a McLaren F1 in his home garage.
20 photos

On the face of it, this was a typical underdog story. A man heading to his midlife-crisis age, working as a health-and-safety advisor and moonlighting as an amateur mechanic who would binge-watch Top Gear with the original, arguably funnier lineup of presenters, built a replica of one of the world’s most famous, advanced, expensive, and exclusive supercars. The saying "Where there’s a will, there’s a way" had been confirmed, as also had the less-used, but still accurate saying "If you can’t afford the real deal, build your own."

And that’s exactly what Jacek Mazur did in 2014, and became an international star because of it. After tinkering on his project for eight full years, with plenty of help from his friends and family, but with the comparatively small budget of £20,000 (less than $25,000 at the current exchange rate), he built a McLaren F1. Introduced in 1992, the Gordon Murray-designed supercar was a record breaker for top speed in a production car (240.1 mph / 386.4 kph), and with just 106 units produced in total, including prototypes and tuned race versions, it remains one of the world’s most valued collectibles.

But what is a car enthusiast to do if he doesn’t have millions to spend on one? Introduced with prices between $800,000 and $1 million, a McLaren F1 can change hands for as much as $20.5 million these days. That’s the kind of money Mazur didn’t have, but what he did have was some experience in building replicas, plenty of skill, and, clearly, plenty of off-time to tinker in his home garage.
His story, first told on the international stage in the Barcroft video feature available at the bottom of the page, touched the heart of every gearhead who saw it. Even those who didn’t find the replica that convincing were won over by Mazur’s personality and his saying that he wouldn’t trade the replica for the real McLaren because he’d built this one himself.

Indeed, Mazur’s accomplishment was nothing to scoff at, even if you couldn’t overlook the flaws in the final product. He built the tubular chassis from scratch, and was even able to replicate the three-seat layout of the original – and then allowed himself a joke, by adding a smaller fourth seat, just in case his idol, Richard Hammond, ever wanted to come out for a drive. The engine was a 12-cylinder BMW one, adjusted with scrap parts, but still able to take the replica to a top speed of 200 mph (322 kph), while the brakes were sourced from a Mercedes.

Speaking with the media outlet, Mazur proudly stated the F1 replica was his crown jewel, having previously done a Lamborghini Countach replica and a few Porsches. He also casually mentioned tinkering with cars for 20 years, a remark that was glossed over in the frantic coverage that followed the release of the interview. As pointed out above, everybody loves an underdog story, and you can hardly speak of an underdog slash amateur mechanic if the man has been doing the same thing for two decades.

Mazur’s success story still impresses today, years after it went viral, even though the erroneous light in which it was presented can be disproved. Mazur, who goes by ArtiplastZabrze on social media (he’s from Zabrze, Poland), is actually a locally-famous mechanic, one with a reputation for the replica cars he builds. It’s true, he does most of his work inside his garage, but it’s not the kind of structure you will find attached to a regular home, but a professional garage, where he employs a team of people on each project.

Speaking of projects, he has numerous, and many of them are of the McLaren F1. Once he completes them, he takes them to local car meets and trade events, and he sells them off. It shouldn’t really be that surprising to learn that there is a very strong market for convincing McLaren F1 replicas, especially since Mazur is selling them for peanuts (*compared to the real deal).

This story isn’t about how we, the public, were lied into believing some regular dude from Poland home-built an impressive McLaren F1 replica from scrap, but rather a revisit of an awesome, quite inspirational story about how you have to follow your dreams. It just so happens that it includes an update on the full story, which paints a slightly different picture of the underdog protagonist.

At the end of the day, though, the McLaren F1 replica remains better than the real deal – for Mazur, at least. It was the thing that turned him into an international star and which launched what looks like a very profitable business for him. And he did it by following his dreams and, because he couldn’t afford a luxury car, built his own. 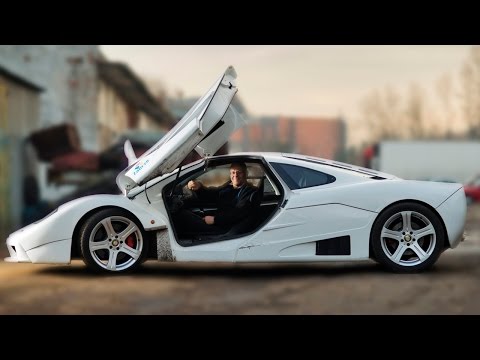 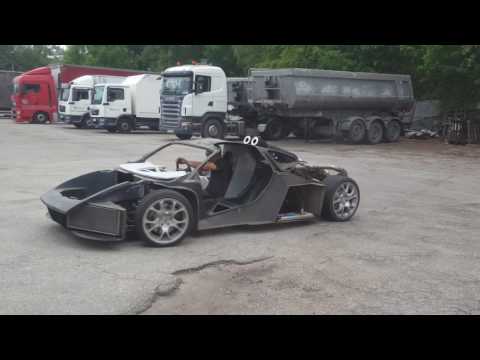 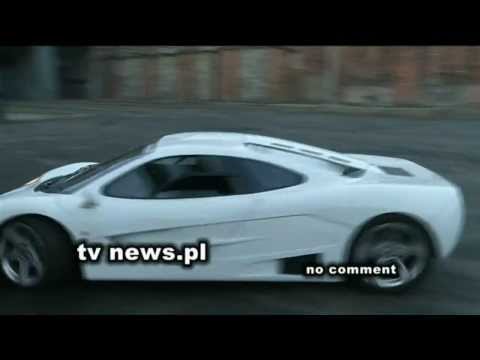