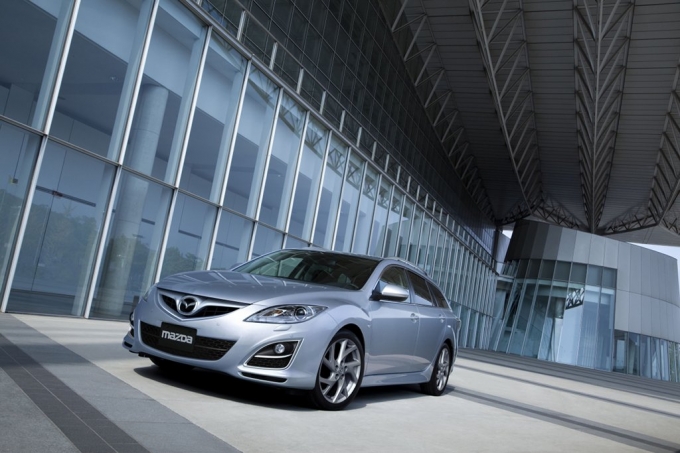 Things seem to be going well for Mazda in the UK, as the company announced it will bring forward the on-sale-date for the Mazda6 facelift models. The decision was taken thanks to the strong demand from both retail and fleet British customers, the carmaker says.

Although the Mazda6 facelift range was supposed to go on sale officially on April 1, petrol models will be in dealer showrooms from mid-March and diesel models will arrive during May.

Mazda also informs the Mazda6 saloon body style and the Sports Luxury derivative are no longer available in the UK. However, customers will be able to choose from two body styles (hatchback and estate), six engines (three petrol and three diesel) and four equipment levels – S, TS, TS2, and Sport.

Full leather trim is now available as an option on all TS2 and Sport models and includes powered driver and front passenger seats with a memory function on the driver’s seat.

“Distinctive styling has always given the Mazda6 ‘stand-out’ looks from other family cars and the refreshed model has an even more sophisticated appearance,” comments Mark Cameron, Sales and Marketing Director, Mazda UK. “Dynamic and engaging driving characteristics have also played a big part in the success of Mazda6 and they remain at the heart of the upgraded model.”