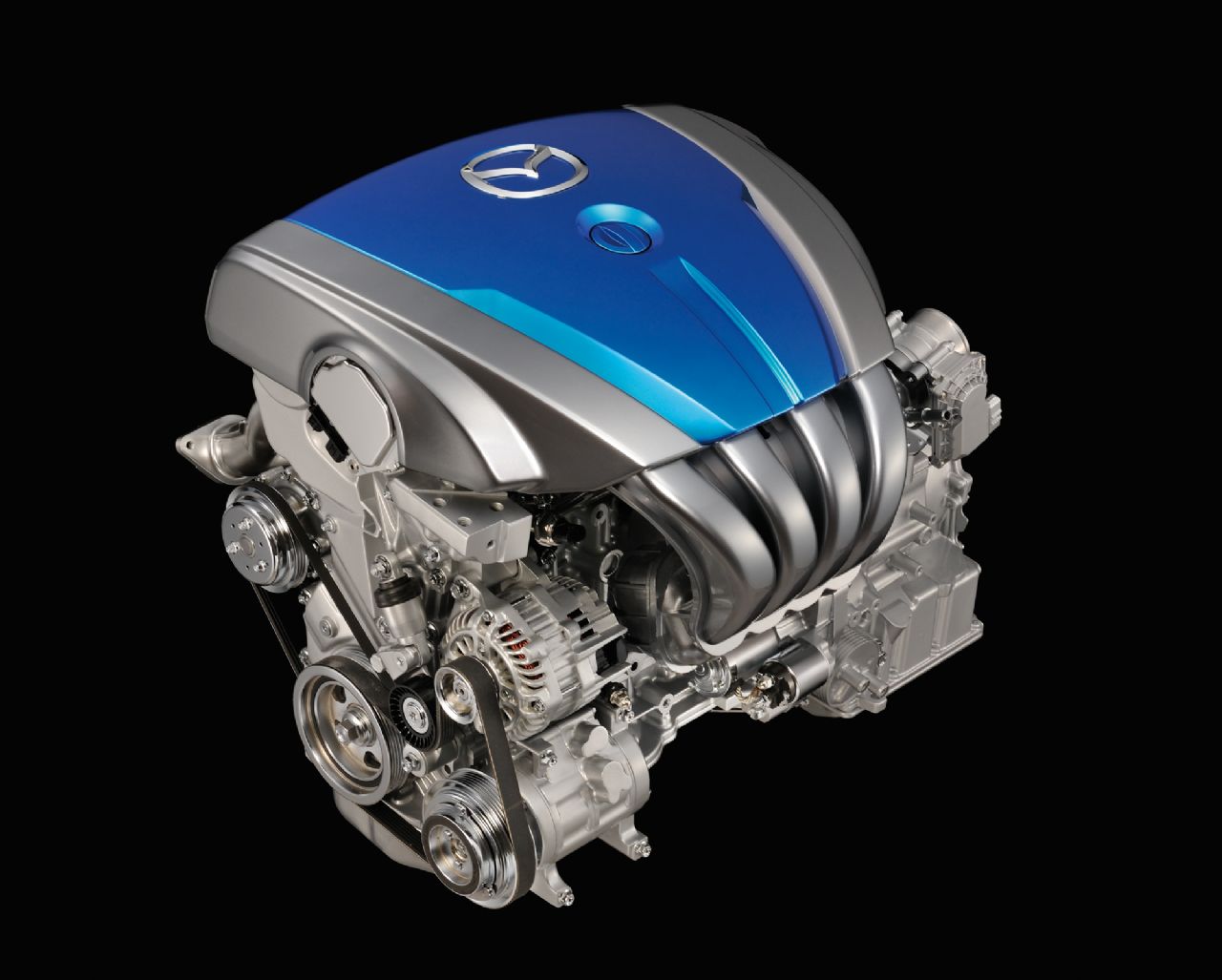 The new direct injection Mazda Sky-G petrol engine improves fuel economy and torque by 15 percent compared to Mazda's 2.0-liter powerplant. "This was achieved by adopting next-generation fuel injectors and a highly functional variable-valve timing mechanism," the company explained in a release. Thanks to this engine, Mazda3 is now capable of achieving the same efficiency ratings as Mazda2, in spite of the dimension differences.

The next-generation Mazda Sky-Drive automatic transmission also contributes to a fuel efficiency improved by approximately five percent. This is possible thanks "to a complete redesign that significantly reduces mechanical friction, a revised torque converter and clutch with minimized slip, and an optimized lock-up mechanism. A rapid clutch action was achieved by identifying the minimum amount of fluid necessary. This also helped to realize a direct feel similar to a dual clutch transmission," the company explained.

Other highlights include i-stop, Mazda's stop-start system that is already available on Mazda3 plus the Mazda Premacy Hydrogen RE Hybrid, with its hydrogen-powered rotary engine.