2 New Mazda5 to Be Launched At Geneva 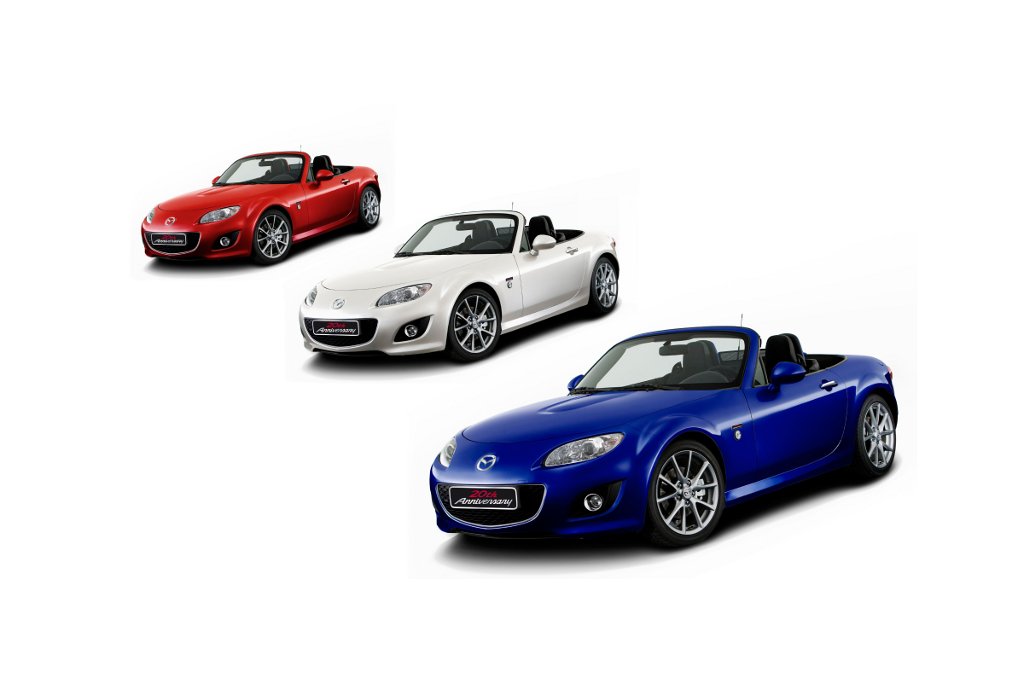 After it announced the new Mazda5 and Mazda6 models will have their world premiere at the 2010 Geneva Motor Show in March, the Japanese carmaker revealed it will also introduce the 20th Anniversary edition Mazda MX-5 at the event. The special edition roadster will be produced in a limited run of just 2,000 units and will only be available in Europe.

The version to have its world premiere at the aforementioned show is based on the same 1.8-litre soft top production roadster model, only that it benefits from a special exterior styling package.

The car is fitted with chrome grille, door handles and headlight fascia, along with a strut tower bar, silver-look fog lamp frames, specific 17-inch alloy wheels and 20th Anniversary logos. It is available in three exterior colors, namely True Red, Crystal White Pearl and, specific for this edition, a new Aurora Blue, with matching painted decorative elements in the interior.

As said, Mazda will also debut the new Mazda5 and Mazda6 facelift models, along with European premiere of its next-generation SKY Concept, including the SKY-G petrol and SKY-D diesel engines, and the Mazda SKY-Drive automatic transmission, set for entering global production in 2011.

The SKY Concept products are meant to help Mazda reach its target of improving fuel economy by 30 percent by 2015. According to the Japanese carmaker, the SKY-G petrol engine will use 15 percent less fuel than the previous 2.0-litre engine, and be as efficient as today’s 2.2-litre diesel.