2 Widebody Ferrari F355 Shooting Brake Is Not Your Typical Berlinetta

5 Mazda Miata "Dracula" Is an Aggressive Little Thing
Car video reviews:
Up Next

There are a million Miatas out there... literally. They say each one is different, but the mods usually divide into pre-existing categories, like swaps, autocross, and stance. However, we bet nobody has seen anything quite like this in the NA MX-5 world.
12 photos

It's a widebody conversion being put together by a hardcore fan. It's giving everybody GT1 race car vibes and should be a sight to behold when finished.

As you're probably aware, most widebody kits are essentially made from plastic or fiberglass. If you're a big spender, you can also have them in carbon fiber, but it's always going to rely on casting technology.

However, this Miata build looks like something that cannot be mass-produced or even duplicated. It's done entirely by hand from sheet metal, welded to the original body somehow.

It's the craziest stuff we've seen in a while and involves the usual widebody culprits, but designed in a race car style. The view from the back is especially interesting because the boxed in fenders open up yet also hook up to a massive air diffuser at the bottom.

The original Miata was involved in a fair amount of racing series. If we remember correctly, there was an MX-5 in the Super GT300 in Japan that had a 300 horsepower modified 13B rotary. An RX-7 swap would certainly take this to the next level.

It's worth pointing out that the MX-5 already had a coupe roof conversion that's being kept for the build. It's going to look like nothing else on the road, that is if it can even work. The body seems at least a foot wider if not more, and at that distance, steering might become a problem.

Below, you'll find the owner's vlogs while our photo gallery also includes preview renderings of the finished build by Jay Wong. 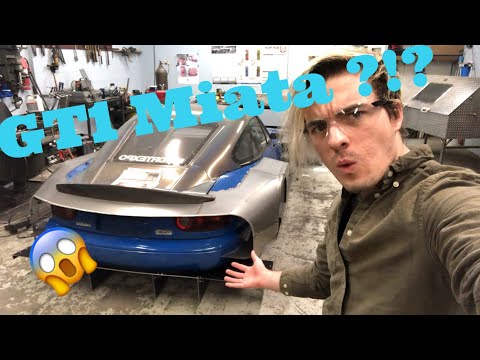 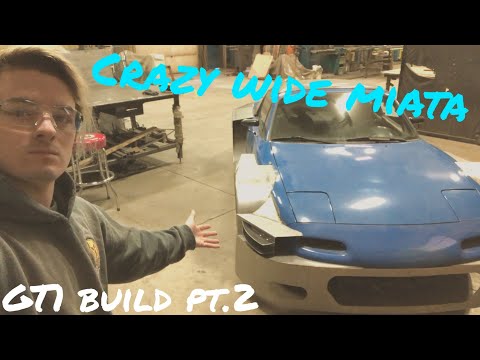