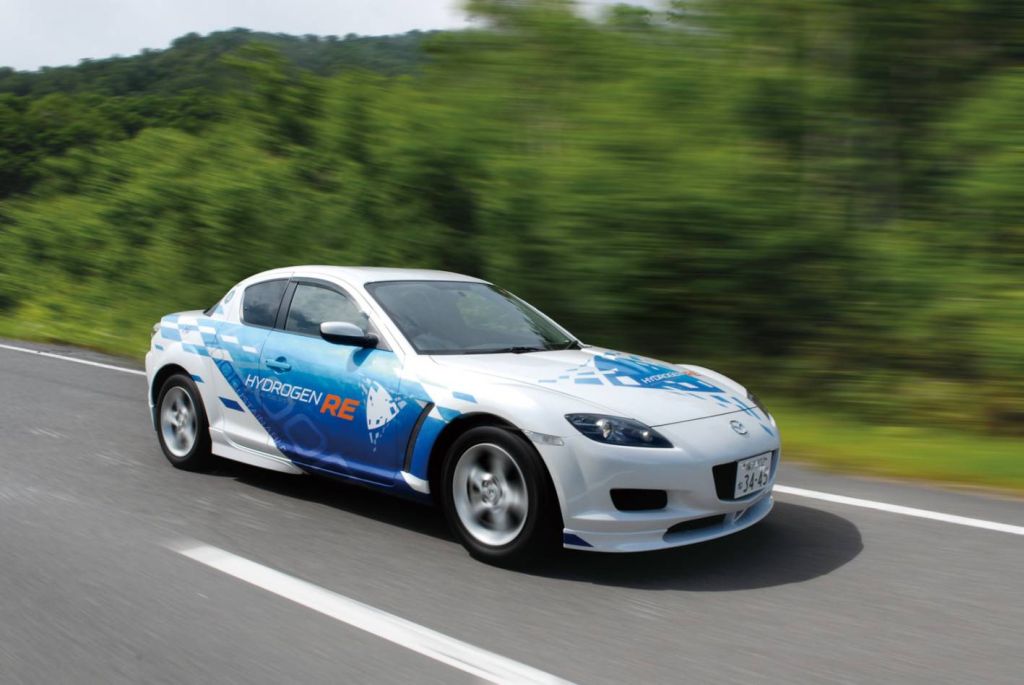 Mazda’s Hydrogen Rotary Engine has received the IAHE Sir William Grove Award from the International Association for Hydrogen Energy during a recent presentation held in Essen, Germany.The ceremony was held during the World Hydrogen Energy Conference (WHEC), which is the world’s largest international conference on hydrogen energy.

The IAHE is an international organization that recognizes academic and technological achievements in the field of hydrogen energy. Every two years, the IAHE holds an award ceremony, recognizing the efforts of five researchers or organizations that have made important steps for the hydrogen energy world.

“The 2010 IAHE Sir William Grove Award recognizes Mazda’s initiatives to advance hydrogen energy, which include the commercialization of the world’s first hydrogen rotary engine vehicles, and participation in Norway’s national HyNor hydrogen project. This is the first time Mazda has won an IAHE award,” stated the press release.

Mazda’s Hydrogen Rotary Engine has been engineered to run on either hydrogen or gasoline, allowing the driver to instantly switch between the two modes. In the gasoline mode, the unit produces 210 hp and offers a driving range of 330 miles, while in the hydrogen mode the powerplant delivers 109 hp and has a range of 60 miles.

According to Mazda, the rotary engines are a good solution for hydrogen as they do not feature backfiring and misfiring issues, such as the combustion engines used on conventional vehicles. This is thanks to the engine’s design, as it has separate chambers for intake and combustion and the fuel does not ignite until top dead center.