1 Turbocharge Your Mazda Miata and Get a Free Goat!

2 Scion, Mitsubishi and Mazda Preferred by 18 to 27 Year Olds

3 Mazda Wants Next MX-5 to Be Turbocharged, Weigh 800 Kilos 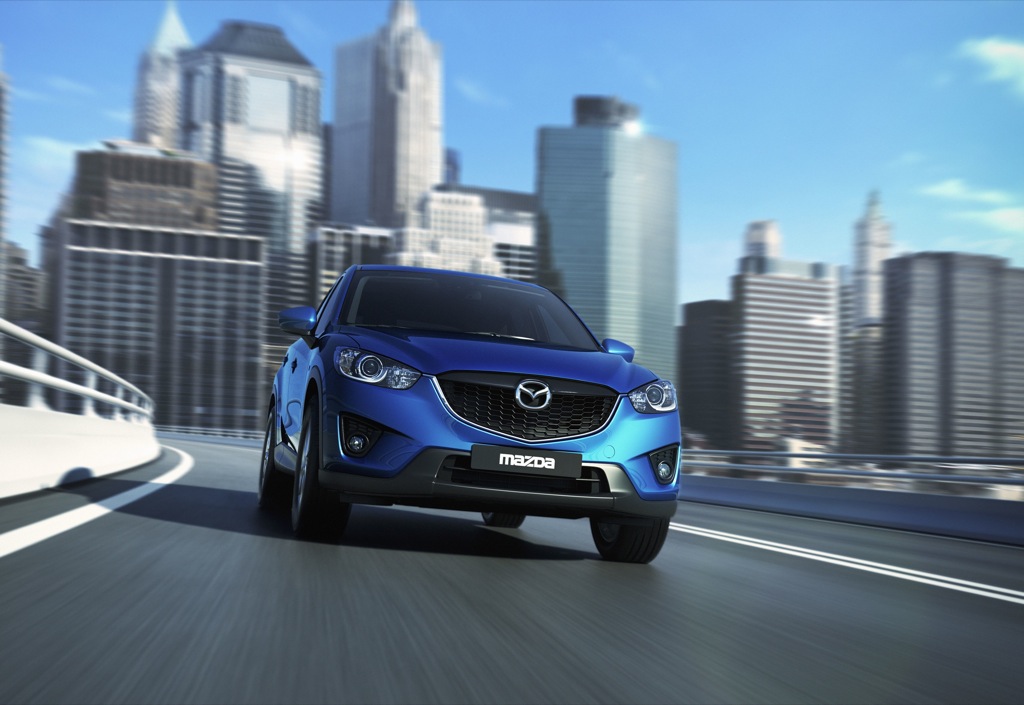 Mazda Motor Corporation will unveil its all new CX-5 compact corssover  at the 2011 Frankfurt Motor Show, which will take place from13th trough 25th September 2011. The new crossover from Mazdawill incorporate the full range of state of art SKYACTIV TECHNOLOGY and will also embrace a new design theme called “KODO- Soul of Motion.” The new CX-5 will be progressively introduced to worldwide markets starting from early 2012.

Mazda has equipped the new crossover with all-new gasoline and diesel engines, manual and automatic transmissions, plus a body and chassis that give the CX-5 a high-quality ride. The new entry engines which are to be installed on the new crossover will include Mazda’s SKYACTIV-G 2.0 gasoline unit and SKYACTIV-D 2.2 diesel, which will be available in Standard Power and High Power versions.

Mazda’s focus was primarily targeted on achieving lower CO2 emissions of less than 120g/km for the SKYACTIV-D 2.2 engine model.

The CX-5 crossover will also be the first model manufactured by Mazda to include the manufacturer’s new design theme “KODO- Soul of Motion.” The design concept was previously revealed by Mazda SHINARI and MAZDA MINAGI concept cars.

The KODO design concept features a prominent front view with a bolder face and dynamic styling, which give out a strong air of vitality. The new Mazda CX-5 will be joined at the 2011 Frankfurt Motor Show by the redesigned Mazda 3, which is being prepared for its European premiere. The show will open its gates to the press on September 13th, and afterwards will greet the public from September 15th through 25th, 2011.