3 Lamborghini Urus STO Feels a Digital Need for V10 Power, Would Tear Up Any Track

While Mazda is taking care of mundane stuff like detailing its new Rhodium White hue created using bespoke painting technology in the real world, over across the virtual realm, there is some serious stuff brewing.
26 photos

Such as new ways of expanding the current Isuzu partnership, for example. But let us explain. So, the Japanese company has made big strides toward improving its crossover, SUV, and truck presence, as of late. They have lots of CX stuff, both with one and two digits to better signal the difference between crossovers and SUVs, plus the BT-50 compact pickup truck has reached its third generation.

The latter is a well-known result of various collaborations. An initial couple of generations were siblings to Ford Motor Company’s iconic Ranger series. But since the broad collaboration ended, it was also time for new romance across the commercial field. No worries, Mazda quickly found a new friend and started a third-generation BT-50/D-Max pickup truck relationship without even looking back.

Now, the virtual artist better known as Theottle on social media tempts our imagination with the logical assumption that Mazda will expand its Isuzu partnership a little bit further. And, since the third-generation Isuzu D-Max commercial truck has a corresponding second-generation MU-X body-on-frame mid-size SUV, the pixel master decided that Mazda should also have a CGI sibling of its own for the BT-50.

Enter the Mazda “CX-90,” which is little more than a rebadged MU-X if not for a few CGI twists from the current real-world roster (hint, it's a CX-60 donor). As such, at least the transformation is a little deeper than just swapping them badges, with the latest behind-the-scenes making-of video (embedded below) featuring enough new Mazda styling DNA to consider giving this idea a digital hall pass. So, what do you think, should it get our upvote or not? 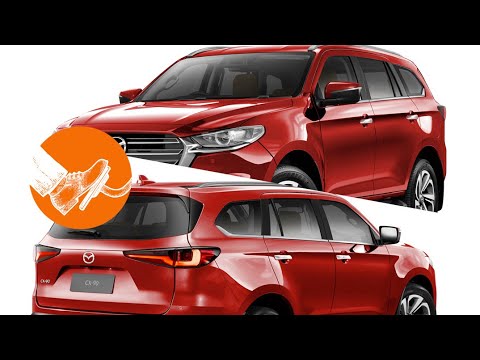