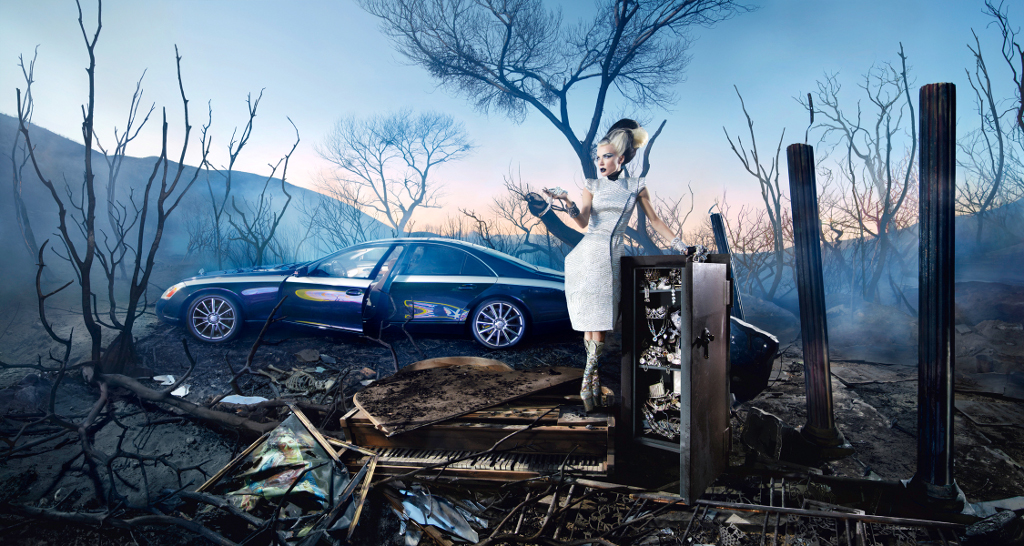 German luxury car brand Maybach announced today it is supporting star photographer David LaChapelle in his mentoring project. The project involves paving the way to an international career for talented photographer Garret Suhrie firstly by helping him re-interpret the “Exposure of Luxury”.

At the same time it forms the next step of the cooperation with the US star photographer, which began a year ago with the artistic showcasing of Maybach luxury saloons and bore the titles “Exposure of Luxury” and “Berlin Stories”. Both photos are on display during the St. Moritz Art Masters - for selected guests at the Chesa Lumpaz.

“The nomination of Garret Suhrie as the mentoring scheme’s protégé was made unanimously,” stated Patrick Marinoff, Global Brand Manager Maybach. “He bowled everyone over with his huge talent and his very personal pictorial language. That’s why we are delighted to be able to support him on what will without doubt be his very successful career path.”

LaChapelle will be helping Garret Suhrie until August 2011, and during this time he will be accompanying him at work and let him share his experiences. In addition to this the young photographer will gain access to contacts on the international art scene via the network of David LaChapelle and the Maybach Foundation.

“All those involved in this mentoring project will play their part in ensuring that the year is a successful one for Garret Suhrie. The Wilhelm & Karl Maybach Foundation is going to take on the project management role and together with David LaChapelle we will implement an individual plan for the mentoring year’s content and schedule,” added Jutta Aldenhoff, Executive Director of the Wilhelm & Karl Maybach Foundation.