Max Verstappen Drives an F1 Car on Ice, Seems to Do a Good Job in the RB8

Sebastian Toma
Max Verstappen has taken an F1 car on ice in Austria, on the GP Ice Race track in Zell am See. The 2021 Formula 1 World Champion was not alone on the track, as he was joined by Austrian Franz Zorn, who is a former European speedway champion on ice.
19 photos

These promotional videos by the Red Bull Formula 1 team mark the first time Max Verstappen uses his new race number, which is 1. Ever since 2015, Max Verstappen raced with the number 33 on his car, but decided to take Number 1 after winning the driver's championship last year.

The number 1 is reserved in many forms of motorsport for the reigning champion, and if they decide against it in the next season, it remains off-limits to the rest of the competitors. The event was the first where Max Verstappen drove an F1 car this year, as well as the first time he got in a cockpit of such a vehicle ever since winning the driver's title in 2021.

Sebastian Vettel, the previous Formula 1 World Champion from the Red Bull team, had also picked the number 1 after winning his first title in the sport. Coincident or not, Red Bull used the RB8 race car of the 2012 season for this adventure on ice, which was driven by Sebastian Vettel and Mark Webber on the track. Sebastien Buemi was the team's test driver at the time.

Red Bull also brought the new RX1 electric race car on the track. The RX1 will be used in the WorldRX championship, which is short for World Rallycross. The electric racing car took to the ice track alongside Verstappen and Zorn.

Regarding the upcoming season, Max Verstappen stated that the new car "looks different, but it is still an F1 car after all." The Dutch racing driver and freshly-crowned World Champion will drive it for the first time in the competition's official testing session.

Verstappen also stated that he hopes he will not have to return to the number 33 starting next season, which shows his ambition for this year. 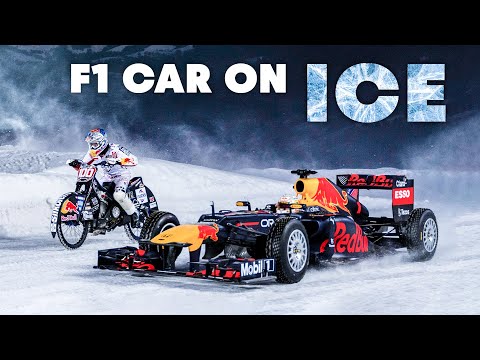 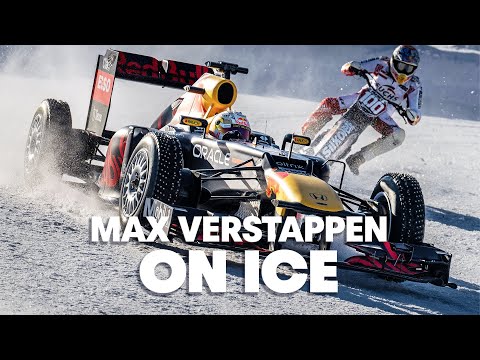