Matthias Maurer Is Gearing up for the Cosmic Kiss Launch, With a Special Mission Video

Probably the most romantic name ever given to a space mission, “Cosmic Kiss” depicts a mission that’s about to be launched in the upcoming weeks, with the goal of conducting over 35 European experiments, as well as international ones, ranging from health to materials science.
7 photos

While billionaires and movie stars were pioneering civilian space travel, professional astronauts were silently preparing for their upcoming missions. One of them is Matthias Maurer, the first German astronaut who will be flying to the International Space Station (ISS), aboard a SpaceX spacecraft. This will also be the first space mission for Maurer, a 51-year-old materials scientist who has been training to become an ESA (European Space Agency) astronaut, since 2018.

The German scientist has been a member of the ESA astronaut corps since 2015, and last year he was nominated for his first ISS mission. After 18 months of intensive training, he is now one of the seven currently active ESA astronauts. On the Cosmic Kiss mission, he will be joined by NASA colleagues, namely Raja Chari (Commander), Thomas Marshburn (Pilot), and Kayla Barron (Mission Specialist). As a scientist, Maurer will be involved in over 100 experiments conducted onboard ISS, out of which 36 are German.

The most exciting moment is getting closer – in the early hours of October 30, 2021, the SpaceX Crew Dragon Endurance will be launched on a Falcon 9 rocket, from NASA’s Kennedy Space Center, in Florida. For six months, Maurer and the other crewmembers will work and live in microgravity.

As a celebration of the upcoming launch, the German Aerospace Center (DLR) has released a video that shows glimpses of Maurer’s training for his first space mission. There’s even a special song that accompanies the video, called “All the Things You Are,” a new single created by the German songwriter and musician Peter Schilling.

DLR is coordinating the German experiments within the ISS program, with Germany being the largest contributor from the European Space Agency to ISS. 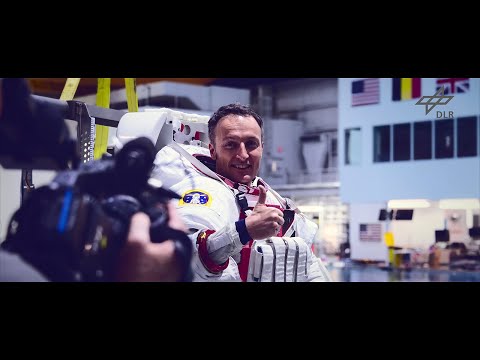