1 Inside the 2023 Hot Wheels Case B, Mercedes-Benz 300 SL Super Treasure Hunt Is Here

2 2022 Was a Good Year for Hot Wheels Collectors, Here Are All the 15 Super Treasure Hunts

If you're going to start a Hot Wheels collection from scratch, here's some advice. Don't try to get them all because you might lose your sanity in the process. There is a seemingly endless array of scale-model cars out there, and it will be time-consuming and expensive to even attempt such a feat. The best idea would be to find a category of cars, or a particular model, and start with that.

Today we're looking at two different 5-packs: the 2023 Motor Show and the 2022 HW Horsepower. As is the case with most of these packs, you'll rarely see one without at least one fantasy vehicle inside.

Sometimes, it can look perfect, and then you notice there's a casting inside that you have no desire to own. But if you're not keen on having it on display at home, you can always gift it to a younger diecast enthusiast. Most kids will be happy to add one more Hot Wheels to their collection, regardless of the origin story.

All 10 of these cars are based on castings we've seen before, although some are older than others. The 2016 Ford GT Race first came along in 2017, and we also happen to have that initial edition on display.

A premium version was introduced in 2017 as part of the Replica Entertainment: Forza Motorsport Series. And we're now looking at the casting's 11th iteration after just six years, which goes to show how much success it's enjoying in stores across the world.

The GT's ancestor, the 1967 GT40 Mk. IV is also included in the pack. Believe it or not, Mattel released this casting in 2021. So there aren't that many variants out there yet, and they're all mainline models anyway.

The Lamborghini Countach Pace Car is reminiscent of the early '80s when the Italian supercar was on duty during Formula 1 Grand Prix weekends. The yellow paint job suits it nicely, and you can't help but notice that the Aerodisc wheels are Mattel's preferred model for this casting.

The Aston Martin One-77 replica has been around for over a decade now, so you might say it's the most common collectible in this pack. There's a nice shine to it, but it's a shame that it's missing a few touches here and there.

Perhaps we'll see in a Car Culture collection for 2023 that might spice things up a bit. If you ignore the fact that the second pack includes not one but two fantasy cars, it might be slightly more interesting overall.

The 2019 Corvette ZR1 Convertible was designed by the late Ryu Asada and subsequently introduced in 2020. This is the second time we're seeing a blue version of it in just three years, but at least it has some side stripes to make it stand out from the crowd. Looking at this item and at the 2017 Ford F-150 Raptor, you could get another idea for your collection: how about an all convertible line-up or a pickup truck exclusive array of cars?

Open-top Hot Wheels might be rarer overall, but you'll never run out of trucks to hunt for if that's what gets you going. There is no doubt that the highlight of this 5-pack is the 1970 Dodge Charger R/T with its purple paint job and flames.

This isn't as exciting as the 2020 Fast & Furious: Collector Set item, but it won't set you back as much, either. That set also contains Jesse's Jetta, Brian's Supra, and a hauler and can fetch as much as $140 these days.

Meanwhile, this 5-pack goes for $15 or less. There are over 20 variations of this casting released in the past decade. But the most exciting one might just be the 2014 Hot Wheels Collectors Convention variant, a diecast model that will end up costing you at least $170. Time to add this one to the wishlist too. 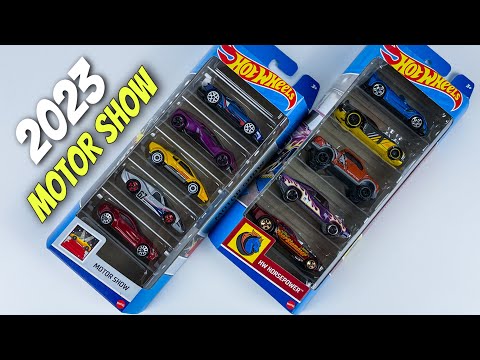