Pamper Your Vehicle with the Touchless Car Cover 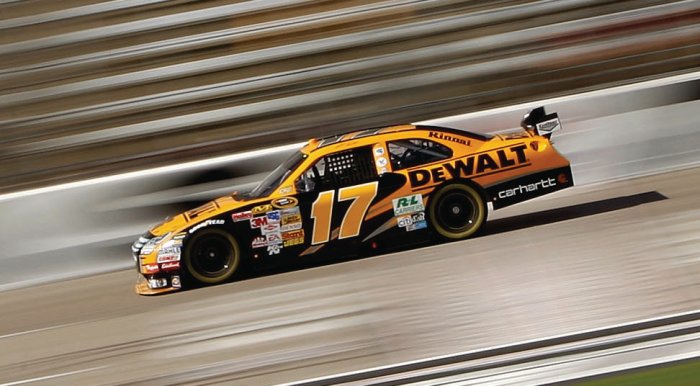 The two champions that were banned from Victory Lane last season – Matt Kenseth and Jeff Gordon – put out a hell of a show for the fans at the Auto Club Speedway on Sunday. With 20 laps to go in the Auto Club 500, Gordon was glued to Kenseth's bumper and it seemed like nothing was going to stop the Hendrick Motorsports driver to winning his first race in more than a year.

However, this year's Daytona 500 winner kept his cool and didn't let go of his lead for a single second, managing to stay in front of Gordon until the chequered flag. Finishing more than a second ahead of his rival, Kenseth became the first driver in the last 12 years to win the first two events of the Sprint Cup Series, following his surprising Victory Lane appearance at Daytona last week.

Kenseth had a very good reason for being pessimistic in the final laps of the race, as he was twice passed by both Gordon and Greg Biffle in the last 100 laps of the race. Despite entering the track in 1st place under caution several times, he had failed to hold on to his lead.

“I thought [Gordon] was going to pass us. I kind of have a bad habit - some people call me a pessimist but I think it's more of a realist - but when we took off the runs before that, we got out to a lead and ran some real fast laps and led Jeff by 15, 20 car-lengths and he just ran us down, rolled by and took off. And Greg rolled by me and took off. I couldn't do anything. I was just doing the best I could,” said Kenseth after clinching his second win of the season.

Gordon had to settle for second place overall, although he admitted he only had victory in his books for the final laps of the race.

“I knew with about 20 [laps] to go that probably unless he made a mistake, we weren't going to get him. But I ran as hard as I could. We had a great race and I'm proud of this team and it's a great start to the season. I'm very bummed out that we didn't win the race [Sunday night]. I felt like we had the car and Matt was awful good in the pits as well as on the track,” added the Hendrick Motorsports driver.

Third overall was NASCAR's history man Kyle Busch, who was aiming for the first weekend sweep in the history of the championship following his Nationwide and Truck wins earlier this weekend.

“I had the best seat in the house for that battle. It was a good show for the fans. To see two superstars put on a show like that was great,” argued Busch.