3 Explore the Strangest Star System Yet in EVERSPACE 2 Universe

Home > News > Videogames
Cosmin Vasile
Rockfish’s space-faring looter shooter Everspace 2 is still a work in progress, but everything that’s been added to the game since it entered Early Access was “stellar.” With less than a month left until the end of the year, the studio is making a clear statement regarding the development of Everspace 2: cool stuff is coming in 2022.
6 photos

But that’s just the tip of the iceberg. Sometime this summer, the biggest update yet is coming to Everspace 2, adding the huge star system Drake to the list of areas players can explore. The new star system will be set in a cluster filler with natural extremes, three opposing factions that are fighting for dominance over its resources.

With so much happening in the star system, Drake is basically a hot zone where players must keep a low profile to avoid being caught in the crossfire. Not to mention that they need to be warry about the harsh environment populating the star system. New planetary locations in the upcoming update will introduce new hazards like lava geysers, for example.

The third major update coming to Everspace 2 next year drops in autumn. It’s meant to introduce a little bit of endgame content in the form of Ancient Rifts. These are locations where players will face new challenges in search of legendary equipment. Apparently, these combat sites will feature high-risk/reward mechanics that are standard to the shooter looter genre but with a twist in space.

Everspace 2 is currently available on PC via Steam, GOG, and the Microsoft Store and is planned to release on Xbox and PlayStation consoles when the full game is launched in early 2023. 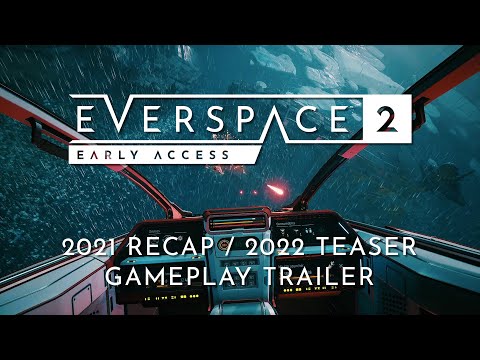