China Gets Its Hands on Saab 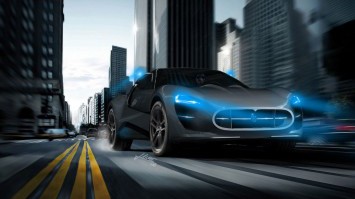 Every once in a while, the established automotive industry is stunned with designs coming not from the car maker's laboratories, but from more or less known individuals that try to make a name from themselves with their ideas.

Whether those ideas are worth anything for the industry is not for us to judge. Still, some ideas are worth more than a simple mention in an outlet of some sorts, as they bring to life lines and images that are often overlooked by the car makers.

Jaime Cervantes, Andrea Coccia and Chetan Rajput, three people with different backgrounds (one is from Mexico, the other from Italy and the third from India), took advantage of the Master in Transportation and Automobile Design at the Politecnico di Milano to show the world how they believe a Maserati of the 2020s would look like.

Taking inspiration from the Maserati Ghibli and combining some of those lines with the Prive 2010 Collection by Armani, the trio invented the Maserati GT Garbin, a model intended for the future, but lacking all the out of this world lines we often see on such creations.

“This inspiration was translated into solid surfaces combined with ‘floating’ elements that remind of the Opera Theatre of Valencia, by Calatrava,” said one of the authors of the concept according to Car Body Design.

Keeping true to the current lines of the Maserati range and combining them with cues taken from cars like the GtbyCitroen, the Garbin look not at all like something Maserati wouldn't venture into producing.