1 Toyota Supra “Project A70” Is a Fully Configurable CGI Restomod, Has Surprises

4 BMW XM Super Crossover Is Big and Brawny, but That Doesn't Make It Pretty

It was not long ago when our dedicated, hard-working spy photographer partners captured the 2024 Maserati GranTurismo in both three-motor EV and ICE V6 flavors.
16 photos

Usually, that constitutes a golden opportunity for the automotive virtual artists to peel off the thick layers of camouflage to unofficially imagine what’s underneath. But then Maserati was uncharacteristically fast and sent the upcoming GranTurismo Folgore EV for a casual drive in California devoid of any mind-trick wraps.

Captured on video and then released into the wild world, this showed the Italians did not mind breaking the cover for the highly-anticipated, upcoming GranTurismo Folgore EV. So, does anyone think that pixel masters felt intimidated by the sudden rush to speed the zero-emission proceeds ahead of the official presentation?

Not at all, should be the answer, at least based on what the CGI expert better known as Theottle on social media has to say. Well, sort of, as the virtual artist is not the talkative one like his fellow TheSketchMonkey (also known as the discussion-passionate Marouane Bembli) and instead likes to allow his CGI brush to do the explaining.

So, in his latest behind-the-scenes making-of video (embedded below), the Maserati GranTurismo Folgore quickly morphed into the logical GranCabrio successor. In the end, the GranCabrio Folgore transformation was only natural, and we sure hope that Maserati will not give us any unwelcome news for next summer…

As for what could motivate both the GranTurismo and GranCabrio Folgore, no one needs to worry about these grand tourers feeling silent and tame at the same time. After all, Maserati has already spilled the beans on some of the performance specifications of the GranTurismo Folgore, which supposedly can hit 60 mph (96 kph) in 2.5 seconds (zero to 100 kph/62 mph takes 2.7 seconds) on its way north of 200 mph (320 kph)! 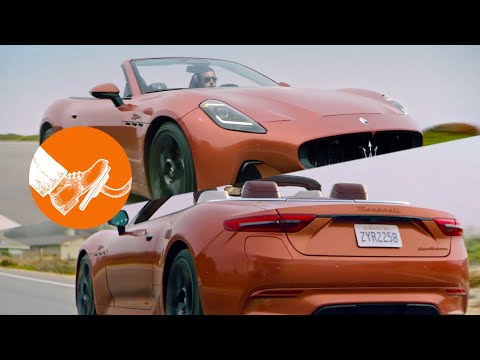