2 NASA Is Going to Find Life on Mars, and Soon

5 This Is How NASA Plans to Land the 2020 Rover on Mars
Car video reviews:
Up Next

It’s not long now until the next generation rover will begin the most important human mission to another planet. Years of preparation, billions spent, and the hopes for a brighter future for all of us have been invested in an average car-sized rover with six wheels.
12 photos

The 2020 mission to Mars is important in more ways than one. It will look for alien life, assess the habitability of the environment, and even try to generate oxygen. To do all this, seven instruments have been fitted on the rover, each designed to play its role in the mission.

By far the most spectacular is the SuperCam. This placid name hides a laser assembly that can shoot an infrared beam and heat its target to 18,000 degrees Fahrenheit (10,000 degrees Celsius), until it literally vaporizes small portions of its surface.

SuperCam is the most recent evolution of the ChemCam deployed on the Curiosity. Governed by an artificial intelligence that can select and then lock onto a target without human interference, the laser shoots and turns rock surfaces into vapor with the goal of finding minerals that formed in the presence of liquid water (clays, carbonates and sulfates).

Once the laser fires – and it can be used effectively from a distance of 20 feet (7 meters) – a special camera kicks in to determine the mineral makeup of the rocks. Separately, a microphone is there to record the popping sounds made by the disintegrating rocks.

The information detected by the SuperCam will then be used by NASA to assess what rocks to collect from where, with the goal of depositing them in various locations on the Red Planet. From there, they would be picked up by a future mission, sent there specifically for this task.

Last but not least, MOXIE will produce oxygen from Martian atmospheric carbon dioxide, MEDA will be used to measure temperature, wind speed and direction, pressure, relative humidity and dust size, and RIMFAX will provide centimeter-scale resolution of the geologic structure of the subsurface. 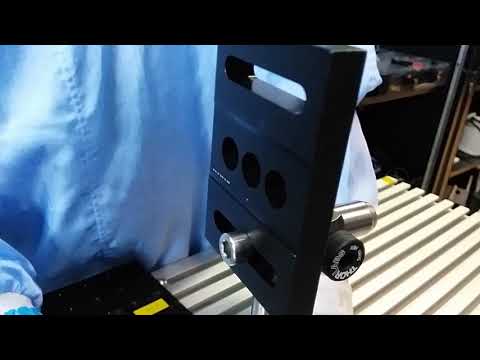