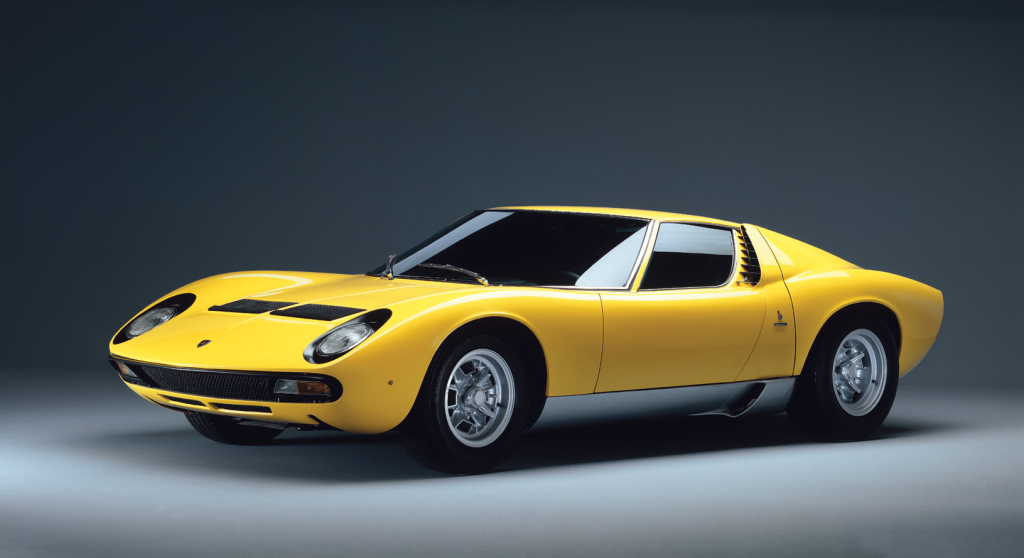 Son of an orchestra conductor, therefore having the genes of an artist, Marcello Gandini was born on August 26, 1938. This was apparently a good year for the future of Italian car design because, coincidentally or not, Gandini is just 19 days younger than Giorgetto Giugiaro.

Both design legends are approximately 7 months younger than Leonardo Fioravanti, another Italian famous for his magic hand in drawing beautiful cars. After spending much of his creative youth as an industrial designer, Gandini's love affair with automobiles did start at a rather young age, penning his first concept car when he was only 20 years old.

His fate as an influential car designer would forever be changed when he was approached by Nuccio Bertone to occupy the blank space left by the departure of Giorgetto Giugiaro at Ghia in 1965. He would continue to serve “il maestro” for the next 15 years. His first project for Bertone was what later became one of the most influential supercars in history, the elegant but intriguing Lamborghini Miura. 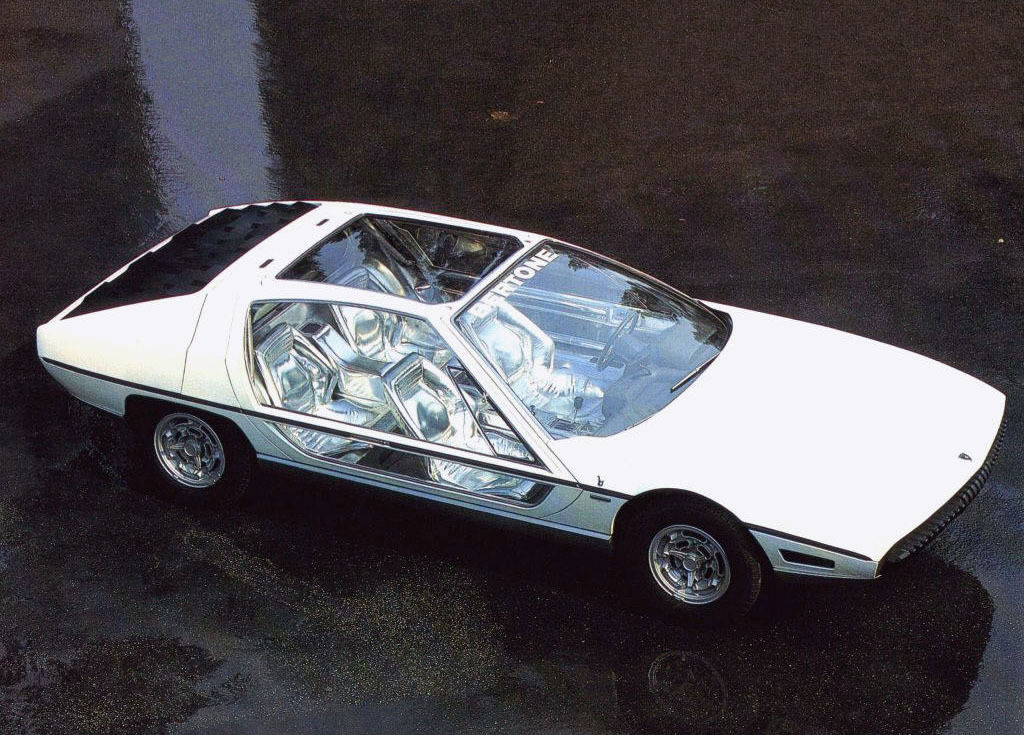 Lamborghini Cars had just been established as a Ferrari-killer three years later with the 350 GT, and “Don” Ferrucio needed a ground-breaking flagship model to continue his onslaught on his Modena foes. Since there was no boundaries or rules to be followed for this project, young Marcello Gandini put his vision at work and came out with something the world had never seen before.

It's almost natural these days to observe a race-ready looking car on the road every couple of weeks or so (depending mostly on exactly what part of the oil-rich countries you reside) but to see a mid-engined car on the road in the 1960s was like revealing the face of Virgin Mary while peeling a potato. Jaw-dropping.

The Bizzarrini-designed V12 engine was a nice compliment on the elegance of the car's lines and ultra-low body. This was only the beginning of a soon-to-be fructuous and long lasting relationship between Marcello Gandini and the Sant'Agata Bolognese supercar-maker. His next job for Lamborghini was on the Marzal concept car. 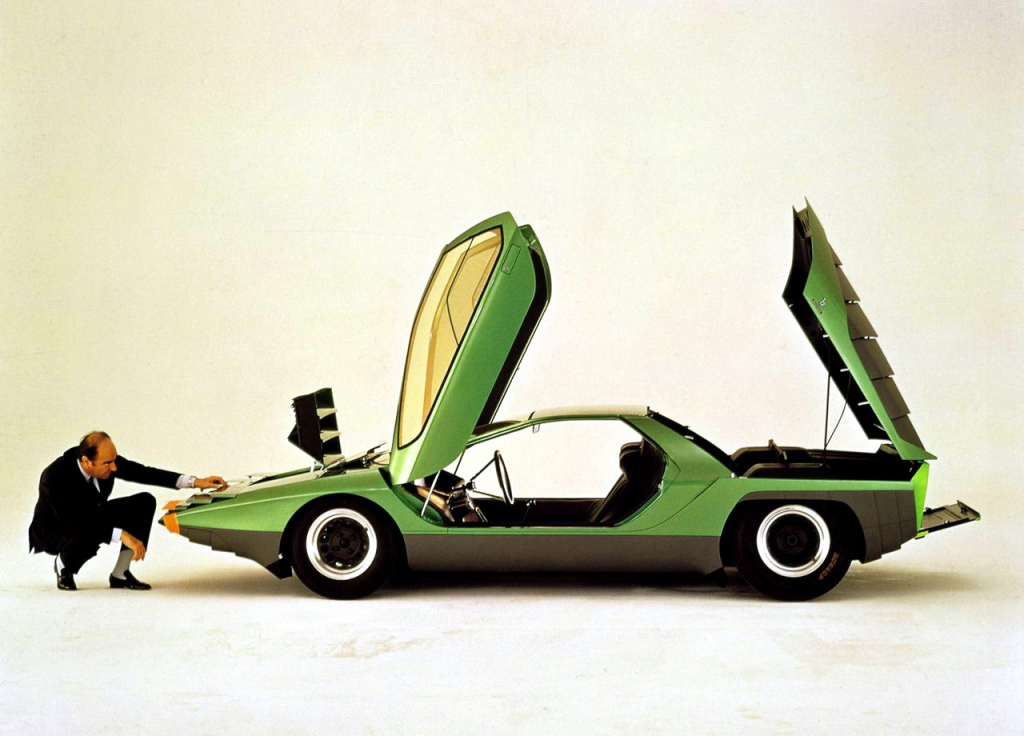 Since the Bertone studio was at the time suffering from “acute hexagonitis”, the car had to resemble in one way or another to a hexagon, when looked upon from certain angles. This criteria along with Gandini's own let's-use-a-lot-of-glass-on-this-one idea didn't quite stir up Ferrucio's Lamborghini likeness-gland in a good way, and Marzal remained an one-off design.

Its heavy use of glass (almost 50 square feet!) made the car look more like a collectable space-ship toy and was considered too much even for the most eccentric tastes, even though Gandini and Bertone had envisioned it to be almost production-ready. For this reason, the car's mechanicals were based on the Miura and it was a running-model. Its mid-positioned inline six cylinder was in fact a half of a Miura V12.

Not letting his ego take a blow from Ferrucio's refusal to build the Marzal, Gandini started work on his next assignment, the Alfa Romeo 33 Carabo concept car. Even though “Carabo” means “Beetle” in Italian, the car had no connection whatsoever to the epitome of the “make love, not war” era, the Volkswagen Beetle.

It's most striking feature, besides the influential wedge shape and the I-love- vegetables-more-than-life-itself color were the scissor doors. These doors later became known (and trademarked) as LSDs. No, they don't have anything to do with the truth serum wannabe from the MKULTRA project, LSD in the automotive world is simply an acronym for “Lamborghini Style Doors”. 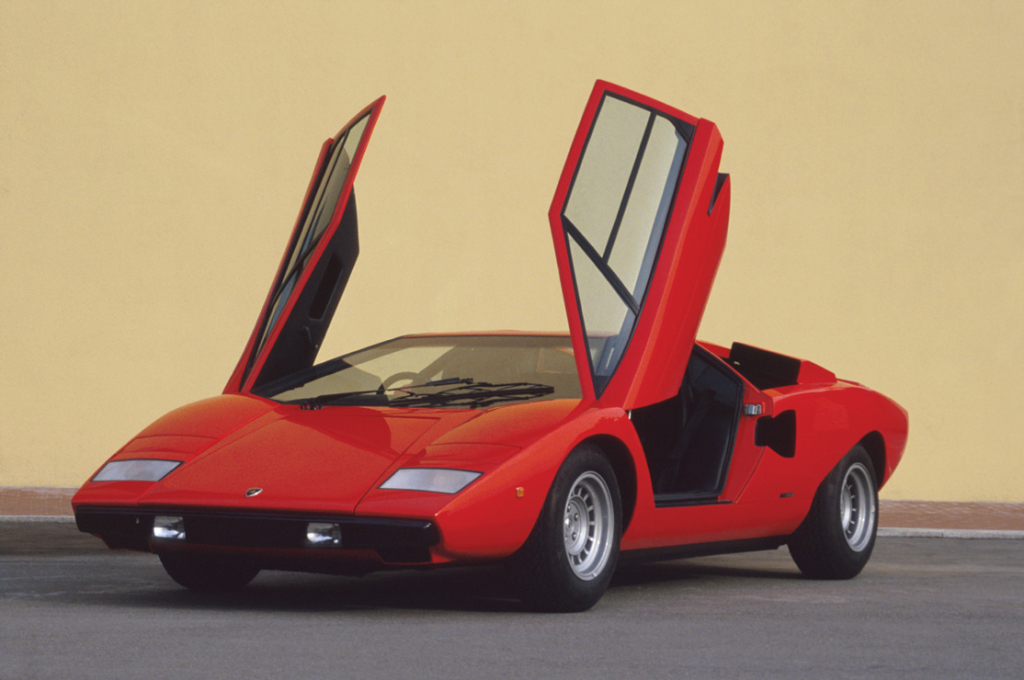 More concepts and road-going cars continued to flow from Marcello Gandini's pencil the following years, but only one stood out and changed the supercar world ever since. It was none other than the “we come in peace” Lamborghini Countach, which more than made up in looks what it lacked in the performance department. An unofficial study (ok, ok, it was conducted by myself) says that more than 90% of male teenage bedrooms had at least one poster with the Countach in the 1970s and '80s.

The impact Gandini's UFO-like creation had on the supercar world really gave him the entry ticket to the hall of fame for car designers, even though the man he replaced at Bertone was voted “Car Designer of the Century” (ed, Giorgetto Giugiaro).

In 1980 he stepped down from his hard-earned position as chief-designer for Bertone and started his own freelance operation, just like many other great car designers did before him. Even though without a heavy name like Bertone behind him, Lamborghini requested his services once again, only this time for the more-down-to-Earth (compared with the Countach) Diablo. His legacy remains in the space-age wedge shapes he penned during the years, even though most of his designs are best known for their “function follows form”, not viceversa.