4 EPA to Reconsider SCR Engines Certification
Up Next 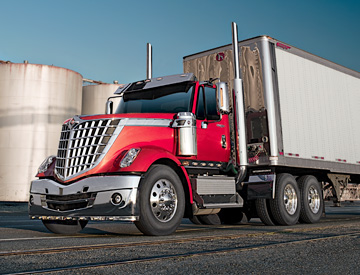 Earlier this week, the Environmental Protection Agency (EPA) announced the release of US' first-proposal for fuel efficiency standards destined for heavy-duty trucks and buses.

According to the proposal submitted together with the Department of Transportation (DoT), the standard is supposed to help trucks and buses join the worldwide effort to save fuel, money and the planet (trucks make up 4 percent of the vehicles on US roads, yet they consume 20 percent of the fuel, says an analyst at the UCS' Clean Vehicles Program).

As was to be expected, the release of the numbers quickly drawn a reaction from the manufacturers affected. One of the first to respond to the announcement was Navistar, one of the biggest players in the industry. Their response, however, is not at all a joyful one.

“As a leader in manufacturing medium and heavy-duty engines and vehicles in the United States, Navistar has been actively engaged in providing solutions for improved fuel efficiency and reduced greenhouse gas emissions,” said Daniel Ustian, Navistar CEO.

“While it’s too soon to evaluate all elements of the proposed regulations, we are committed to engaging with the EPA and DOT on this issue.”

The standards call for these types of vehicles to be split in combination tractors, heavy-duty pickups and vans. Heavy-duty pickup trucks and vans should achieve 15 percent reduction for diesel engines by 2018. Vocational vehicles should achieve up to 10 percent reduction in fuel consumption and CO2 emissions by 2018 model year. CO2 emission levels should be reduced by some 20 percent by the same year.