2 Born in the USA: Honda Has Made 30 Million Vehicles in Our Country So Far

With the emergence and growing popularity of electric vehicles, gas-powered cars have taken a backseat in the minds of consumers looking for a more efficient and less-polluting means of getting from point A to point B.

One aspect of electric vehicles that really has not been acknowledged by many is the lack of a manual transmission option. In fact, currently, there are only two electric vehicles on the market in America that allow manual gear shifting: the Porsche Taycan and the Audi e-Tron GT.

So why is that, and does it really matter in terms of efficiency?

The reason is as simple as vehicles powered by electric motors do not need manual transmissions. An electric motor produces its maximum amount of torque at low rpms, enabling a vehicle to accelerate from a standstill very capably and more efficiently than a gas-powered vehicle that requires a lower gear to accomplish the same thing.

In addition to being unnecessary, multi-speed manual gearboxes will add weight, complexity, and cost to electric vehicles.
You can kiss the days of the traditional clutch pedal and gearshift goodbye but there undoubtedly will come a time when electric vehicles may be able to simulate the feel of a manual transmission in a gas-powered vehicle.

In fact, Toyota patented a way to do just that last February. Toyota's system would calculate the required motor torque based on input from a clutch and gearshift that appear mechanical in nature but are driven by electronic switches.

However, some applications may benefit from managing torque levels, such as in the case of ultra-high-performance sports cars and off-road vehicles.

There is a downside to not being able to shift an electric vehicle into a higher gear at higher speeds in terms of efficiency. At higher speeds, motors consume more battery power, therefore, decreasing the overall range. In addition to worrying about colder temps, the use of a heater and air conditioner, and the effects of traffic jams on charging range, drivers also need to be concerned about driving habits, specifically, speed and the constant rate thereof.
The answer may lie within the walls of a company in the Great White North called Inmotive. Readers may recall an article published on autoevolution on January 10, reporting that Suzuki had reached a joint venture agreement with Inmotive to build its innovative two-speed Ingear transmission into Suzuki electric vehicles as soon as 2025.

So what is so special about the Ingear? For starters, let's delve into what it offers when designed into an electric vehicle. The two-speed Ingear increases range by up to 15% thus, shaving the same percentage from the costs of charging a battery. From a performance perspective, the Ingear increases acceleration and a vehicle's top speed by 20%. So how does such a compact, low-cost, reliable transmission that shifts quickly, smoothly, and quietly offer such lofty numbers?

In traditional single-speed electric vehicle powertrains, power is transferred by way of two reduction gears, then on to the differential, where it is then transferred to the wheels. The Ingear is designed to replace the second reduction gear and surrounds the differential, essentially eliminating any potential transfer of power loss. The Ingear utilizes a chain to transfer power from a driving sprocket (one that is provided with shaft import power to engage the links of a chain) to a driven sprocket (one that is provided with power from a chain). It will reduce the size of the driven sprocket by way of a 'wagging finger'.

For example, when a vehicle is in a lower gear and a gear change to a higher gear is requested, the finger will seamlessly move the low-gear sprocket segments to the side, revealing the smaller diameter high-gear sprocket. Once the chain becomes fully engaged with the high-gear sprocket, the motor speed is lowered and can go through its normal power band level at higher speeds with greater efficiency in terms of battery consumption.
When downshifting, the finger simply moves the larger diameter low-speed gear back into place atop the high-speed gear for smooth and uninterrupted control of the motor's torque. The Ingear keeps the motor continually connected to the wheels resulting in no delay of power transmission or power loss.

The action of the 'wagging finger' is similar to the function of a bicycle's derailleur. However, where the derailleur moves the chain to engage with other gears, the finger of the In gear moves a segmented gear out of the way, exposing a smaller diameter higher gear.

The results, if realized, could certainly be a significant game changer in electric vehicle efficiency maximization. It is a marvelous concept and one that should be designed into every mass-marketed electric vehicle. Despite being slow to bring electric vehicles to the market in the U.S. and everywhere else for the matter, Suzuki may soon dominate the market through Inmotive's Ingear.

While the Ingear has been around for a couple of years, the Toronto-based company had yet to sign an agreement with a major automotive manufacturer until Suzuki came calling. Up to that point, the company had been doing testing in a retrofitted Kia Soul. It is not known if the agreement is exclusive or whether Inmotive will license its technology to others manufacturers. Also, it is not known if there may be another Ingear transmission on the way with greater gear selection capabilities. 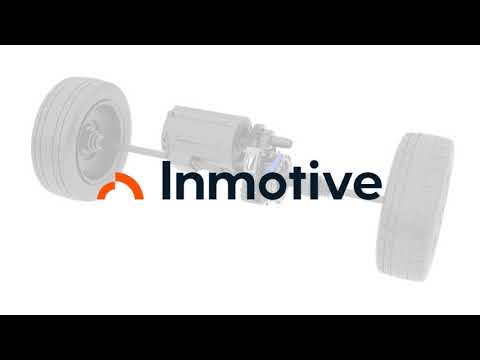