2 Automakers, Please Don’t Turn all Cars into Playstations on Wheels

3 Honda Debuts "Into the Unknown" Documentary

5 $13.65 Mn Settlement for the Accidental Death of a Handicapped Child
Coverstory

Man with No Hands and Legs Will Race at Le Mans in 2016, Proves You Have No Excuse

Home > News > U-turn
Ionut Ungureanu
How many times have you fallen asleep while imagining yourself holding the steering wheel of a Formula One beast, driving at 200 mph? Perhaps not all of us are made for it, but some should at least try it. That’s pretty much the message of this race fanatic who, despite losing part of his arms and both legs, has managed to get into one of the most challenging races in the world.
1 photo
Frederic Sausset is a 46-year-old racing enthusiast who became what he is now out of misery. Despair turned into hope, however, when he realized he could change his tragedy into something that matters.

“In July 2012 I was on holiday, and I thought I had a slight scratch. I then contracted an aggressive infection and within 48 hours it changed into a livid purpura, which was not treated correctly due to medical negligence. The almost immediate devastating results of this kind of blood-poisoning are necrosis of the extremities of the body before damage to the vital organs,” he explains.

Amputation of his hands and legs above the knees was the only way for him to survive. The decision was tough to make, and after the surgery, weeks of sorrow, physical and psychological suffering followed. One fortunate event did happen, though: he had a professional driver as a close friend who promised he would help him hit the track and make the best of it.

“I had to find a meaning and future to this life,” he said, according to Fox News. “I spoke to my wife, who I must admit did not quite understand all of the intricacies of this race.” Sausset claims that he completed a lap on the small Bugatti circuit in a mass-produced Audi RS3 in 2 minutes and 5 seconds, which is exactly three seconds more than what Christophe Tinseau - an experienced driver who raced the Le Mans 24 Hours 11 times - managed.

Thanks to support from many companies, car manufacturers, sportsmen and other ventures, the French pilot will race in the Le Mans 24 Hours driving an LMP2 prototype next year. According to the source, he’ll use special controls under his thighs to operate the accelerator and brake pedals while steering with a prosthetic limb attached to his right arm.

If this man fulfills his dream, Sausset will become the second physically challenged driver to take part in an important endurance race in the past year, following Alex Zanardi’s debut in the 24 Hours of Spa last July.

This story may sound like a fairytale, but it’s as real as asphalt, which leaves us with just one question: what’s our excuse? 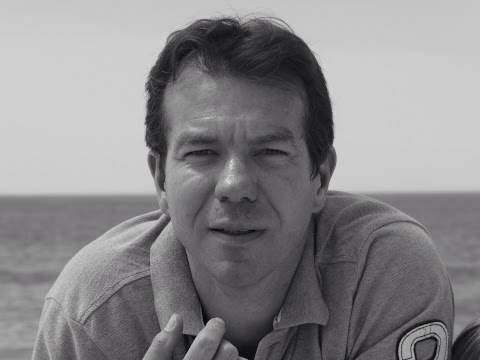