5 Spartans Put Out Fires in Beijing
Car video reviews:
Up Next

When the 9/11 attack happened in New York, there were a lot of courageous firemen who fought to save the victims. Plenty of heroes sacrificed that day, and 63-year-old Andrew Leider figured he needed to find a way to honor their memory. That’s when he bought the first classic fire truck.
1 photo
If you were to visit Andy Leider’s website, you'd find tens of classic firetrucks there. We’re talking about 13-years of collecting and spending money on a fleet of machinery that is worth of any petrolhead’s admiration. Folks over at Barcroft recently visited the man's collection, and they found it's so large it takes up space in three warehouses in New York and Pennsylvania.

“After the first one, the second came, and soon enough it became an addiction. Each one is an individual work of art,” the fire truck enthusiast explains. Sure not all of these beauties are brand new, with a couple of units even being bought from a scrapyard. But the man admits others did cost him tens of thousands of dollars each.

The vehicles may be first responders memorabilia, but that doesn’t mean Leider is not a driving enthusiast who likes to show them off. When he takes one of the road legal units out of the storage, heads do turn.

We had our fair share of off-road adventure so far, driving some impressive 4x4, but we never had the chance to take one of these rare breeds for a spin.

Come to think about it, ever since we’d dream to become firefighters back in childhood, most of us here at autoevolution regularly wished to be the ones driving the truck. In other words, we'd totally go for a ride with any of them anytime. 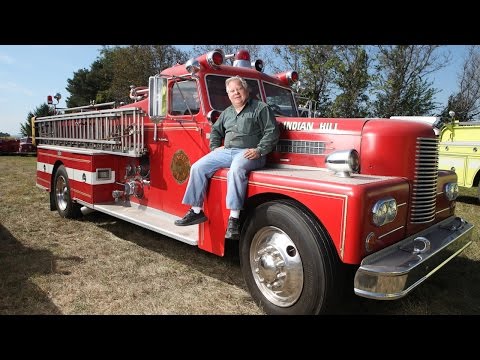