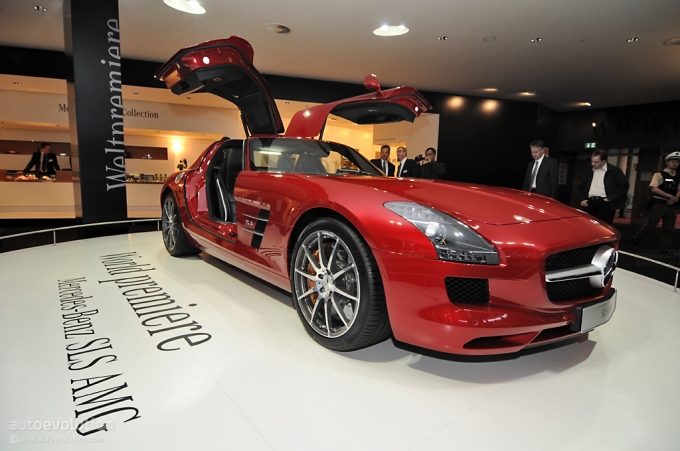 Magna International, who's still fighting to take over the German brand Opel, signed an agreement with Mercedes Benz to develop and build aluminum bodies for the new SLS AMG. Daimler AG is currently the fifth-biggest customer for the Canadian - Austrian partsmaker currently based in Graz.

"We can be proud that we are the only supplier in Europe able to manufacture a body made only out of aluminum -- that underlines once more our leading position in challenging and innovative technologies," Magna co-CEO Siegfried Wolf said in a statement.

The SLS AMG is projected to be launched in 2010, with the hand-built coupe to feature several lightweight parts, including an aluminum space frame. According to a report by Reuters, Magna was especially chosen by Mercedes because employing aluminum, which is a third lighter than steel, would require different solutions for tooling, stamping, welding and painting.

Even if BMW and Volkswagen have already expressed their concerns regarding the Magna - Opel deal, Daimler said, through the voice of CEO Dieter Zetsche, that such an agreement would not affect their supplying contracts.

"Magna has stated and confirmed again and again that they would have two totally separate organizations with Chinese walls. When you go to a bank, you have to rely on those Chinese walls as well," he said. "So if that is a smart step that Magna is taking is one question; does it prevent us from continuing our good business relationship with Magna, the supplier? Clearly no -- so I have no problem from that perspective with their decision."