4 Ford Shuts Down Its Russian Factory 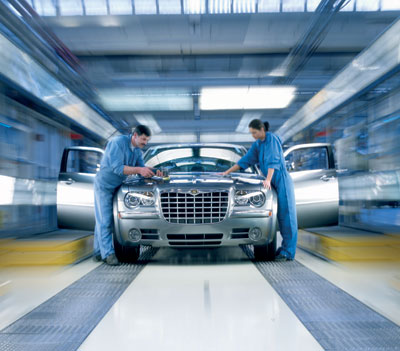 The less-known Canadian auto parts manufacturer Magna International has announced plans to build a new production facility in Russia by 2011. The company will invest approximately $108.7 million for the new St. Petersburg factory, Autonews reported, with construction due to start in 2009 and to complete by the end of 2010. Magna currently produces pressed car parts but the company intends to build an additional factory that could help it expand its offering to plastic parts, the aforementioned source added.

"We believe in the Russian market and are sticking to our development strategy in Russia," Magna co-chief executive Siegfried Wolf said about the company's plans to evolve into this side of the market.

Magna is currently working with large car manufacturers such as Hyundai and Ford to supply the St. Petersburg production plants, but contracts with various companies may also be signed soon.

Earlier this month, the Russian government voted a new law that could help the country counteract car imports avalanche which met an impressive increase since the beginning of the economic crisis. Import taxes for new cars have been increased by 5 points to nearly 30 percent, which does nothing more than to encourage carmakers to shift production to Russian plants in order to avoid altering Russian sales.

On the other hand, Magna International is not the first company that intends to extend operations to Russia, with General Motors opening a new St. Petersburg plant for expanding production capacity in this side of the market. “We are fully committed to our Russia growth strategy,” said Carl-Peter Forster, President of General Motors Europe, pointing that the new facility plays a very important role in GM's European evolution.