2 Magna to Use Former Chrysler HQ for New Plant

Magna, RHJ Still in Play for Opel, BAIC Out of the Deal 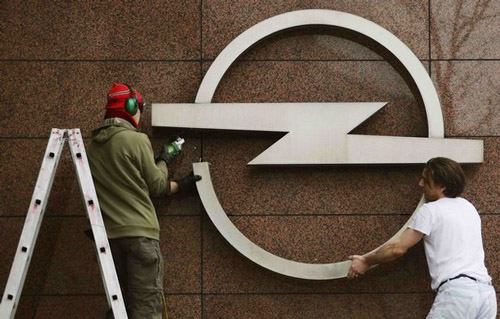 After receiving three improved bids on Monday, General Motors has finally decided: it will continue negotiations with both Magna and RHJ International. The American manufacturer made the announcement today in a press statement, hinting that the Canadian - Austrian and the Belgian companies now have even chances to secure Opel. In other words, the Chinese bidder BAIC is out of the deal, so there's no chance to see Opel stepping under the patronage of an Asian party.

"We had a good and thoughtful discussion around the key operating metrics and key issues associated with the three final offers we received on Monday evening", said John Smith, GM's chief negotiator for the sale of Opel. "We have agreed to continue detailed talks with both Magna and RHJI to secure Opel's future."

Meanwhile, Magna is still fighting with claims that it might lose the battle for Opel due to some disagreements in the negotiations the company's officials held with GM Europe and Germany. But the Canadian - Austrian parts manufacturer receives the support of Germany's Angela Merkel who says Magna's bid is the best Opel could get for the time being.

On the other hand, Magna recently submitted an improved takeover proposal for Opel which came in the form on an ultimatum, as some sources indicated, meaning that the company could leave talks in case the German brand does not agree with it.