2 Magna, RHJ Still in Play for Opel, BAIC Out of the Deal

4 Magna to Use Former Chrysler HQ for New Plant 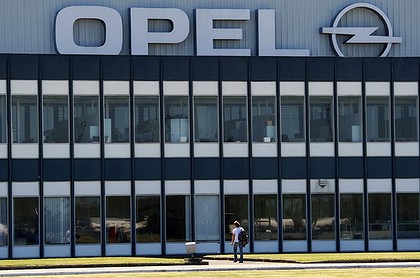 Magna International once again improved its bid for Opel, a German government source revealed, despite the fact that the Canadian-Austrian manufacturer said that its previous proposal was actually an "ultimatum". Although there are no specific details on the bid, it seems that Magna is now offering around 350 million euros for buying GM's German brand.

A source familiar with the matter told Reuters that Magna decided to improve its bid after General Motors announced last week that negotiations over the fate of Opel will continue with RHJ International and Magna.

"Magna is now offering 350 million euros of its own capital immediately. Furthermore, there should be a 150 million euro convertible bond," the government official was quoted as saying.

The Canadian parts manufacturer last week submitted an improved bid for Opel, saying that the offer was somewhat an ultimatum for the parent company General Motors. The company initially aimed to take control of a 55 percent stake in Opel, together with its Russian partner who would hold 35 percent of the company.

"General Motors is expected to review all submitted offers for Opel and determine the next steps in the sale process," the consortium said in a statement. "If the offer is successful, any transaction between the Consortium and General Motors would still be subject to finalization of definitive agreements and other conditions, including government-backed financing. Therefore, there is no assurance at this time that any transaction will result from the current involvement of Magna and Sberbank."