1 New Tesla Model Y Is Riddled With Problems, the Owner Still Very Much Loves It

5 Tesla Model Y Production Started at Gigafactory Texas With Structural Batteries and All
Car video reviews:
Up Next

One of the first customers to get a Model Y with a structural battery and 4680 cells from Giga Austin shared his first impressions after driving it a few hundred miles. The new Model Y Standard Range AWD shows an impressive fit and finish and good charging and range performance.
7 photos

In April, Tesla started deliveries of the Model Y built at Giga Texas. The first customers to get the chance to drive the new model were the reservation holders in the Austin area. Among them was the host of the Youtube channel Spoken Reviews, who was kind enough to share his first impressions. After he took delivery of the car, he spared no time and provided a lot of insight into the new made-in-Texas build, including a range test and a charging test.

The first conclusion from Spoken Reviews’ videos is that Giga Austin has already perfected the manufacturing process. The Model Y shows an impressive fit and finish, with all the body panels well aligned. The paint job also looks good, being evenly sprayed, just as you’d expect. This is quite interesting, considering that the car reviewed was among the first 1,700 to leave the production line. Further optimizing the production should lead to even better results.

The window sticker was quite interesting, showing a $39,990 price, with a strange $20,000 surcharge for the all-wheel-drive. Although it does not indicate that the car features the 4680 cells, this should indeed be the case based on the vehicle’s battery capacity and EPA rating.

For the first test, the battery was charged at a V3 Super Charger in Abbott, TX, and went from 9% to 50% in just 12 minutes. It then reached 80% in 34 minutes, 90% in 40 minutes, and 97% in 50 minutes. Li-Ion batteries are supposed to charge very quickly until 80% SoC, but getting them to 100% will take much longer. Not in the case of this Tesla Model Y, though, as it continues to charge at increased rates up until the end.

Nevertheless, the video shows that the new battery cannot sustain the 250 kW very long. The rate drops faster than in the case of 2170 batteries, and some commenters quickly notice that. Others say Tesla chose a conservative charging behavior, the same as they did with the LFP batteries when they were launched. Either way, it is too early to assess the new 4680 cells properly.

Spoken Reviews also did a range test, driving for 200 miles (322 km) with an average speed of 75 mph (121 kph). He estimated that his Tesla Model Y could get as far as 230 miles (370 km). He also calculated that the usable battery capacity is around 66 kWh. Speculations abound about this being a software-capped battery. Still, it doesn’t really make sense, considering that Tesla has problems building the 4680 cells in significant numbers. 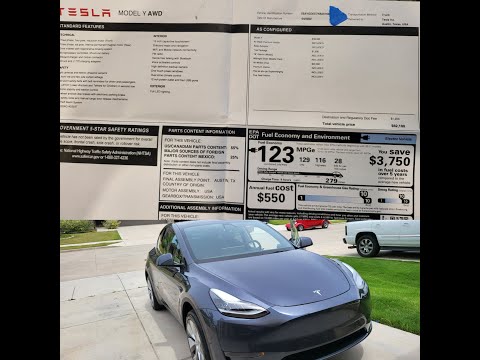 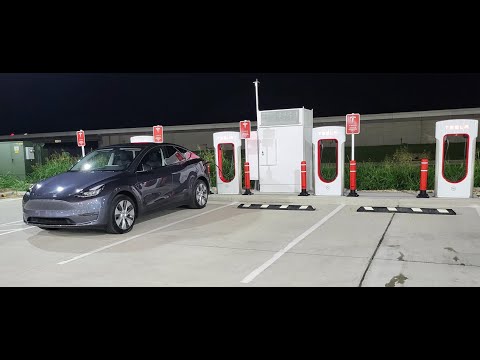