3 The Cybertruck Will Only Be Delivered in a Lovely Shade of “Nothing,” Says Elon Musk

The second half of December marks the official start of the season to be jolly and the release of annual listicles. The prestigious TIME Magazine is no stranger to the latter and, this year, it’s choosing to release several covers and profiles grouped by categories.

TIME’s biggest honor goes to Elon Musk, the CEO of Tesla Motors and SpaceX, savvy entrepreneur, occasional pot-stirrer, controversial public figure, apparent anti-vaxxer, “edgelord,” showman, visionary, clown, and genius in equal measure, as the publication itself notes at the start of a lengthy (and worthwhile) profile. Elon Musk, this modern mad genius we can’t look away from, is Person of the Year 2021.

And it’s the right choice, no doubt about it.

Within minutes of the announcement that Musk had been chosen as Person of the Year, certain corners of the Internet – on social media, in particular – were buzzing with outraged chatter. Surely, the same Musk who downplayed the international health crisis last year, who defied California authorities and ordered the Fremont staff back to work, who has been accused of lying about the capabilities of Autopilot and, later on, the Full Self-Driving suite, who could influence the stock market with a single tweet and lead to the over-valuation of crypto, who had been portrayed as being an indifferent, petulant and overall unbearable boss – surely he couldn’t be this year’s Person of the Year?!

The full profile in TIME won’t make the chatter go away, but, at the very least, it will show why Musk is absolutely the right choice. It could silence the critics – haters, naysayers, call them what you want – but only if they’re willing to listen. The title of Person of the Year is not meant to aggrandize a public figure, stroke egos, or lay virtual wreaths at the feet of billionaires. A Person of the Year is a person whose work and actions impact and shape our world, and Musk definitely fits the bill here.

For good and bad, he is making a considerable impact, whether it’s for his dreams of moving the human race to Mars, his hopes that we might still stave off climate change with wider adoption of electric vehicles and use of solar power, or for his desire to inject robotics and AI into everyday life. Elon Musk is not a nice individual: he can be cold, harsh, and even unbearable as a boss, friend, and associate. But it’s not his job to be nice.

Elon Musk, says Robert Zubrin, founder of the Mars Society, is a humanist par excellence, not in the sense that he cares for his fellow man but rather that he cares for mankind as a whole. He is not nice, and he is driven by greed for glory, but his ultimate goal is a profoundly admirable one. He does not stop pursuing it, and that’s all that matters.

Musk dreams of a future when man will live free of governments and regulations, in which AI will help to make life better, and no one would have to work unless they wanted to. “There’s, like, plenty for everyone, essentially,” he tells TIME. “There’s not necessarily anyone who’s the boss of you. I don’t mean to suggest chaos, but rather that you’re not under anyone’s thumb. So you have the freedom to do whatever you’d like to do, provided it does not cause harm to others.”

Musk is an idealist. He is a man of contrasts: he doesn’t care if the people around him don’t like him, but he agonizes if he reads a negative review in the media. He accumulates extraordinary wealth but doesn’t own a single house right now, and he’s fond of re-wearing clothes. He dreams of harmony but will create conflict if that’s what it takes to get to that harmonious place. He invests effort, time, and billions into colonizing a distant planet but will continue to hope we could still save Earth.

Yes, Elon Musk does and says ridiculous things, and he is often in the wrong about stuff. He never claimed to be perfect, though his stance on social media, the realm where he’s most publicly active and open, would suggest otherwise. He is the ultimate Technoking, a rich bro with a platform, an influencer, a prankster, a clown, and an occasional tyrant – a very modern supervillain. But Elon Musk is also a genius, and he is changing our world. 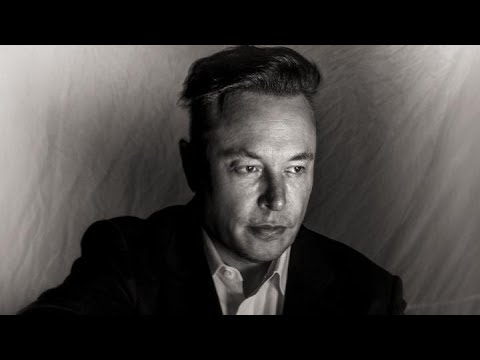 It’s Time To Get Fired Up About Artemis I’s Launch, the Next Moon Landing Finally in SightSee all editorials