4 Demi Lovato Has Been in Communication With the Aliens

5 UFOs Exist and They Came for Miley Cyrus (Seriously)
Coverstory

Machine Gun Kelly Is Ready for an Alien Invasion, Has Had Several Encounters

Elena Gorgan
As even scientists admit, it would be absurd to assume we’re the only form of intelligent life in the universe. Just ask rapper/rocker/actor Machine Gun Kelly.
1 photo
The number of alien sightings and reports increased in 2020, partly because, for once, people were able forced to stop what they were doing and look up at the sky. Machine Gun Kelly (real name Colson Baker) can relate to these people because he’s had several alien encounters already.

MGK was on James Corden’s talk show the other day to promote two new projects: the movie he wrote, directed, and narrated, Downfall High, and his latest single off the Tickets to My Downfall album, Concert for Aliens. Since on the topic, Corden asked him about whether he was a “believer in life on other planets.”

MGK’s reply came as a shock even to Corden: “I saw life on this planet that was from another planet!” It happened over a lake in Thousand Oaks, the star continued, adding “a red orb came out of nowhere, went and disappeared again.”

Prior to this one, he saw the blue orb that floated above the Pacific and then either crashed or dived into the ocean, a sighting also reported by several locals, which eventually triggered an investigation by the FAA.

The way MKG sees it, the aliens are watching us – and over us, in a way.

“They’re out here... they’re all looking at Earth, like, ‘You guys are so dumb!’ Everything we’re doing the past year is so dumb!” he tells Corden. To the aliens, what happened in this past year must feel like “the best reality show ever for anyone not living it.”

That final sentiment is something probably even non-UFO believers can agree with.

In an earlier, 2014 interview, MGK spoke for the first time about his belief in alien life, saying he was convinced that, when they finally came to Earth, he would be among the first to be taken for a ride on their spaceship. 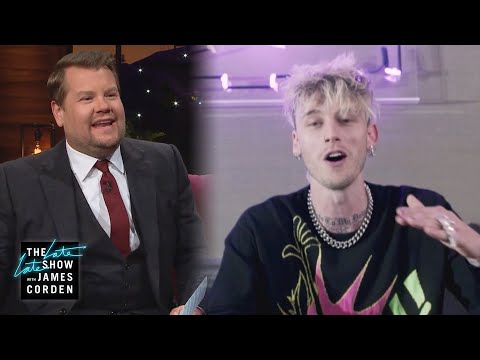