4 Viper-Powered Jensen Interceptor Being Born in the UK 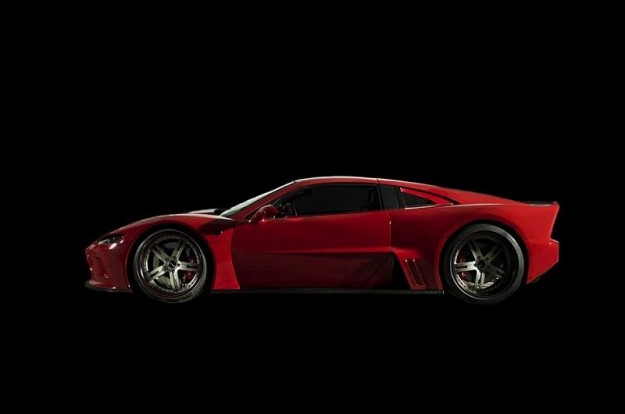 Now that the Viper has exited the scene for a while, it's time for a new breed of American supercar to take its place. Presented quietly at the 2011 North American International Auto Show, the model comes with a pedigree that will make it a serious competitor on its segment.

Being built by a Viper tuner, Mach7 Motorsports, the model packs an LS9 GM engine (the ones used by the American manufacturer on the Corvette, for instance), which spits 640 horsepower (as standard, the model will be offered with the 500 horsepower LS3 engine).

The engine is wrapped in a body made completely out of carbon fiber, giving the vehicle a curb weight of 2,850 lbs. A hydroformed aluminum chassis is used to link the two together, with large 20 inch Forgeline wheels shoed in Michelin tires sending the horses to the ground.

Performance wise, there's not much to tell you about, given the fact that the model is still in prototype stage. The company behind it, however, believes the model will easily achieve the acceleration time of the Viper (3.5 seconds) and a top speed of around 200 mph (321 km/h). And, as Mach 7 says, what's left to say?

The Mach 7 has no release date attached to it yet, but a few details about the production plans and pricing do hover on the Internet. Sources say the model will be priced at around $200,000, with only 14 units of the model to be manufactured each year (14 represents the number of model Mach7 expects to sell each year).

As usual, we'll keep you posted on any developments.