3 Flying Car Gets Approved for Road Use, Aviation Certification Still Years Away

In case you were wondering how Formula One events might look once flying cars, eVTOLs, or flying taxis, whatever you like to call them, will become standard, wonder no more. French startup MACA has an answer, and it was just formally introduced at the ongoing CES 2021 ongoing virtual event.

It’s called the Carcopter, so feel free to go ahead and make the “is it a car? is it a plane?” joke because designers have already answered it in the name. It’s actually a bit of both, and it’s meant for the racing circuit. MACA doesn’t specifically call it this way, but it’s the Formula One flying car of tomorrow, if you will.

Designed by Thierry de Boisvilliers, a former fighter pilot, and Michael Krollak, a former executive for aerospace company Airbus, the funnily-named Carcopter is very serious about its double mission: that of providing racing enthusiasts with the proper thrill and cutting down emissions to zero. It’s fast, it’s green and, why yes, it flies.

The Carcopter is hydrogen-powered and boasts an aerodynamic body that bears a certain resemblance to today’s F1 vehicles. It’s capable of a top (theoretical) speed of 153 mph (246 kph) thanks to six 35-kW (47-hp) motors and is manned. So, while it will spell the end of emissions for the sport, it won’t mean the end of the line for the drivers you’re rooting for.

According to MACA, the Carcopter prototype will measure 5 meters (16.4 feet) in length and will weigh 600 kg (1,322 pounds). At CES, the company only showed a scale model, but it's convinced it can get the prototype ready very quickly. In fact, the folks from MACA are saying they will be launching the Carcopter on F1 circuits as early as 2023, which is incredibly optimistic.

Here is a teaser for the prototype that’s heavy on the drama and light on specs. 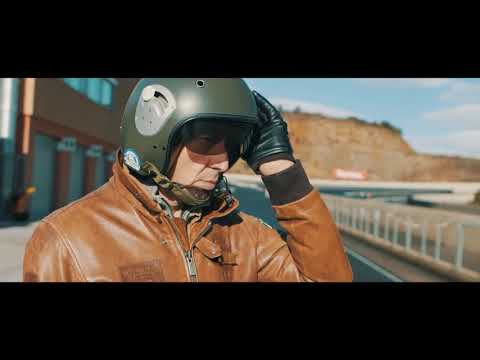