Lyft Is Driving Justin Bieber Around, and You Can Meet Him

Remember when Justin Bieber’s then unreleased single came in at No. 4 in the Billboard + Twitter Top Tracks of August 15 chart? It’s called “What Do You Mean,” and it’s part of the pop singer’s new album, “Purpose.” Scheduled for release on November 13, the album will be available for a mere $5 if you’re one of the lucky Lyft users the next few days. What's even better, The Biebs may hand it to you personally.
1 photo
Can you hear them, all those teenagers screaming the Canadian’s name in the background? Little would one care about such things, but it so happens that Lyft does mind. Naturally, the car sharing company is not worried about the 21-year-old artist’ success, but rather about its own triumph.

And if promoting one of the most famous pop singers in the US is what it takes for the San Francisco-based peer-to-peer ride-sharing app to compete with the likes of Uber, that’s what they’ll do, apparently. The service’s customers are invited to “Slide into Bieber Mode” in their app between 9 p.m PST 11/12 and 11:59 p.m. PST 11/19 while supplies last and tap “Buy & Ride.”

Once the ride has reached at least $5 value, the company we’ll send a unique download link and credit the customer’s account $5 for their next ride. Mind you, the fanboy factor does not end with a simple download of the artist’s new album.

For those who wish to ride along Justin Bieber just like the folks in the video below did the other day, there may be another chance. Lyft invites them to use the app for the next week, as the pop star will be using it to travel the country.

In Lyft's own words: “Ride in ‘Bieber Mode’ to buy the album and you just might end up riding with Justin, too.”

The real question here is “What Do You Mean?” 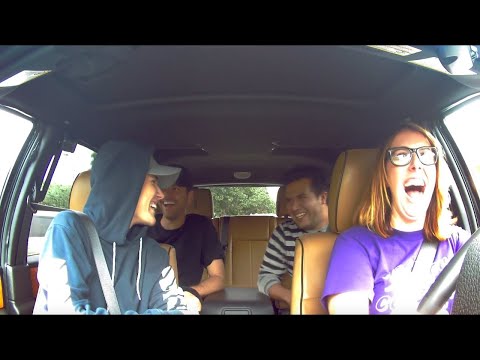