2 The Lucid Air’s EPA Range Does Not Only Debunk Tesla: It Also Matches ICE

3 Rivian and Lucid Are Ready to Drop More Than Cars: They'll Deliver Change

5 Faraday Future Tries to Prove It Is Viable With 2,270 Mile Trip With FF 91
Car video reviews:
Up Next

Lucid Kicks Off Air Production with Test Drives on Public Roads, Hype Is Building Up

Midway through this month, Lucid Motors announced the official EPA ratings for the range of its upcoming EV, the Air. To put it bluntly, the startup is basically offering today what Tesla promised to deliver two years from now.
29 photos

The maximum range you can expect out of a Lucid Air is 520 miles, which is 837 kilometers and, even more importantly, absolutely insane. It puts EVs in an entirely new era that sees their exaggerated weight as probably the only real drawback left compared to an internal combustion engine (ICE) equivalent.

Well, after watching numerous similar (at that time) startups come and go, it's only natural that we became less likely to get overexcited whenever the specs of a prototype car were announced. The Lucid Air, however, has far come off the prototype phase with the company having built an entire assembly plant in Arizona together with several pre-production cars. Now, Lucid has also launched the actual production line, and it invited all sorts of media and new media representatives (you could call the latter "influencers", we guess) to an event to celebrate that.

However, the plant and its production had no hope of remaining the main attraction of the day since the company also allowed attendees to get their hands on the Air and give it a spin around the area. Unlike Tesla, Lucid went the sensible way and gave its guests the chance to actually drive the car, not be chauffeured around by one of the company's employees.

The overall impressions are extremely positive, and it's worth bearing in mind a lot of the people testing the car are Tesla owners. Nobody hurries to call the Air "better" than Tesla, though the comparison is going to be inevitable. As things stand, though, the question isn't whether the Air is going to be a competitive EV, but whether Lucid will be able to build them at a satisfying rate.

One of the reviewers says they plan to make about 500 by the end of the year, which would mean a production rate of roughly 62.5 cars per week and only nine per day. That shows you the company is still ironing out all the issues and complications that come with mass manufacturing a product that's as complex as a car. It also means there's no point in judging the AMP-1's (the name of Lucid's factory) production capacity just yet, especially since there are already expansion plans into a nearby lot.

To sum it up, the Lucid Air feels like the kind of car people were expecting from Mercedes-Benz and the likes, but they never got. Put the Air next to the EQS, remove the badges, and ask people who have nothing to do with cars which one seems to be made by a company with over a century of experience, and which is built by one that's just starting out? And that's even before you go over the specs. 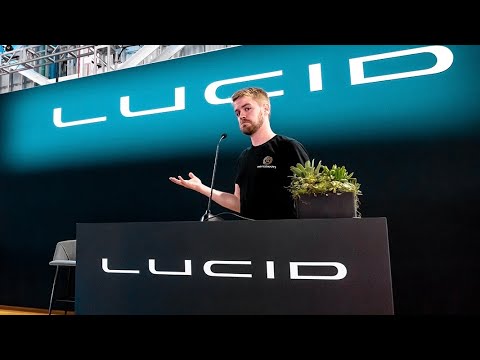 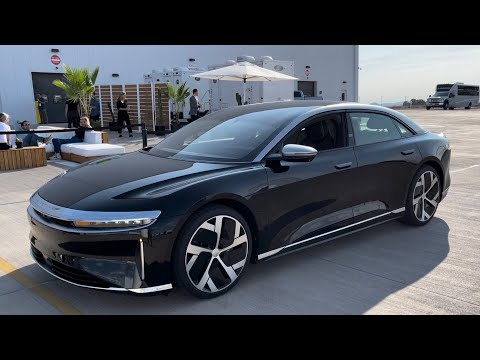