1 What If... Chevrolet Used Its Muscle Car Know-How to Make the El Camaro?

Classic Corvettes make a great case for keeping “America’s sports car” in pristine condition, either through careful storing, thoughtful care, restoration, or a restomod build. But what happens when you look the other way for a second?
13 photos

According to Murphy’s law “anything that can go wrong will go wrong,” that would be the most auspicious time for a rock chip when cruising down the road or picking up a door nick even in the airiest parking lot. Additionally, we bet a few proud ‘Vette owners will also say they have faced the dreadful continuation: “if there is a possibility of several things going wrong, the one that will cause the most damage will be the one to go wrong.”

Well, that is not going to happen to the next owner of this “barn find” 1966 Chevrolet Corvette C2 Sting Ray Coupe simply because the ride dropped a few things but not the derelict, sleeper-style patina. According to the seller on eBay (aka rand-webe), this ‘Vette is a “rust-free” California car that was stored in a hangar since 1977. Originally, this was a Rally Red example with a 427ci good for 390 horsepower and a black interior.

However, the 427 is now “long gone” and in its place came one of the major ingredients of this sleeper restomod: a 20k-mile (a little over 32,000 km) 6.2-liter LS3 engine sourced from a Camaro SS. Naturally, it did not arrive all alone, and it was allegedly joined by a four-speed Muncie transmission, fresh Al Knoch leather seats, a hydraulic clutch, and even some period-correct Corvette knock-off wheels with new Redline tires, among many others.

Apparently, this ‘Vette looks like a derelict heap from the outside, feels marvelous inside, and drives like a beast. Thus, it is no wonder the “buy-it-now” asking price sits at $69,995, and the highest bid already stands at close $60,600 with just a few more hours left on the auction clock... 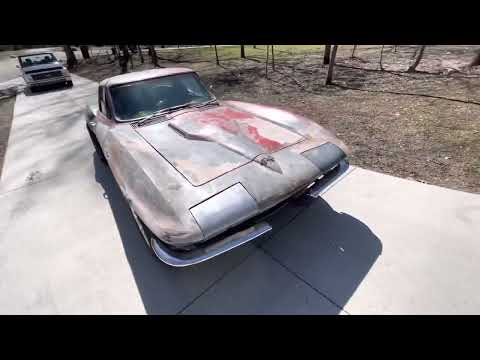 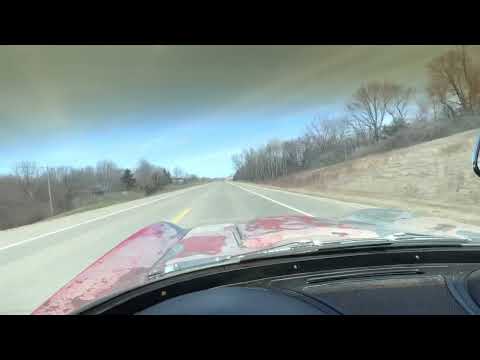